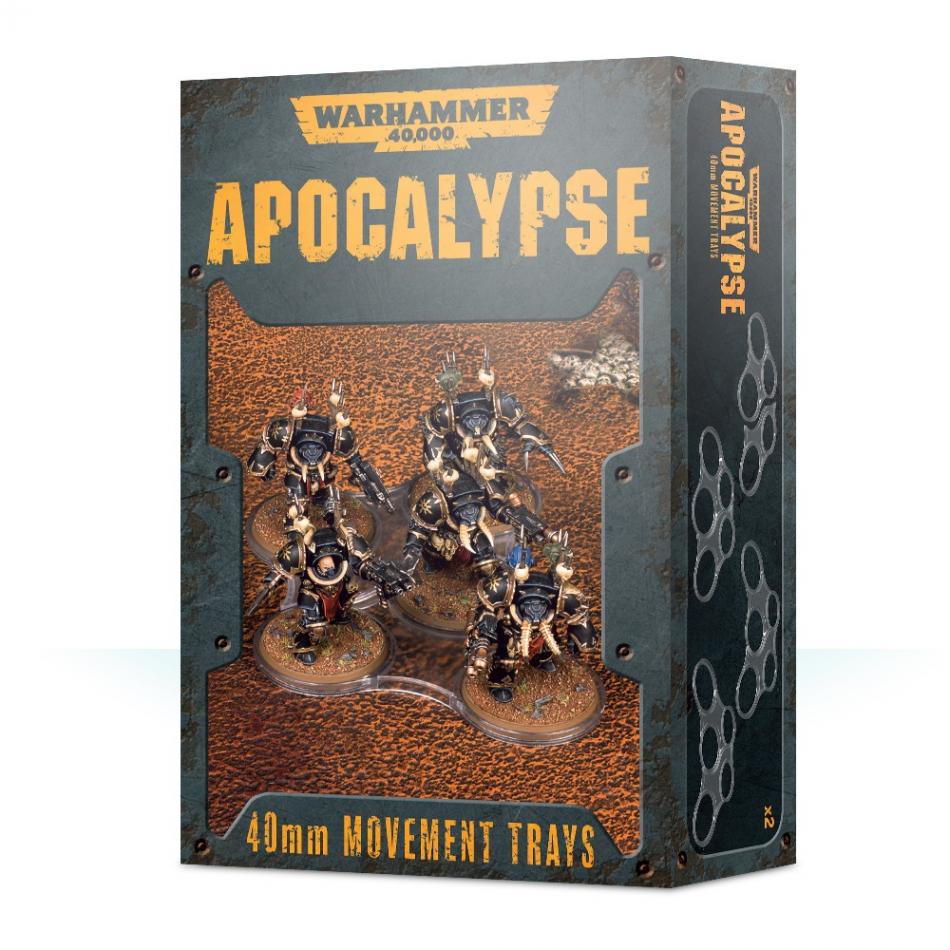 In games of Warhammer 40,000: Apocalypse, models in the same unit must remain within ½ of each other at all times. The Apocalypse 40mm Movement Trays can mount either two or three miniatures with Citadel 40mm Round Bases, making it much quicker and easier to move them around the battlefield while maintaining their unit coherency. The movement trays are made of transparent plastic, meaning that they will complement your miniatures regardless of the basing scheme that you've used on them. Each set of bases tessellates so you can put together large units of miniatures. There are eight different designs of movement tray (two of each design are supplied) for added variety. 8 movement trays (of 4 designs) hold 3 miniatures, and 8 movement trays (of 4 designs) hold 2 miniatures  Citadel miniatures on 40mm bases are usually supplied in sets of 3 or 5 models, meaning you can easily combine 2- and 3-model trays to carry them.