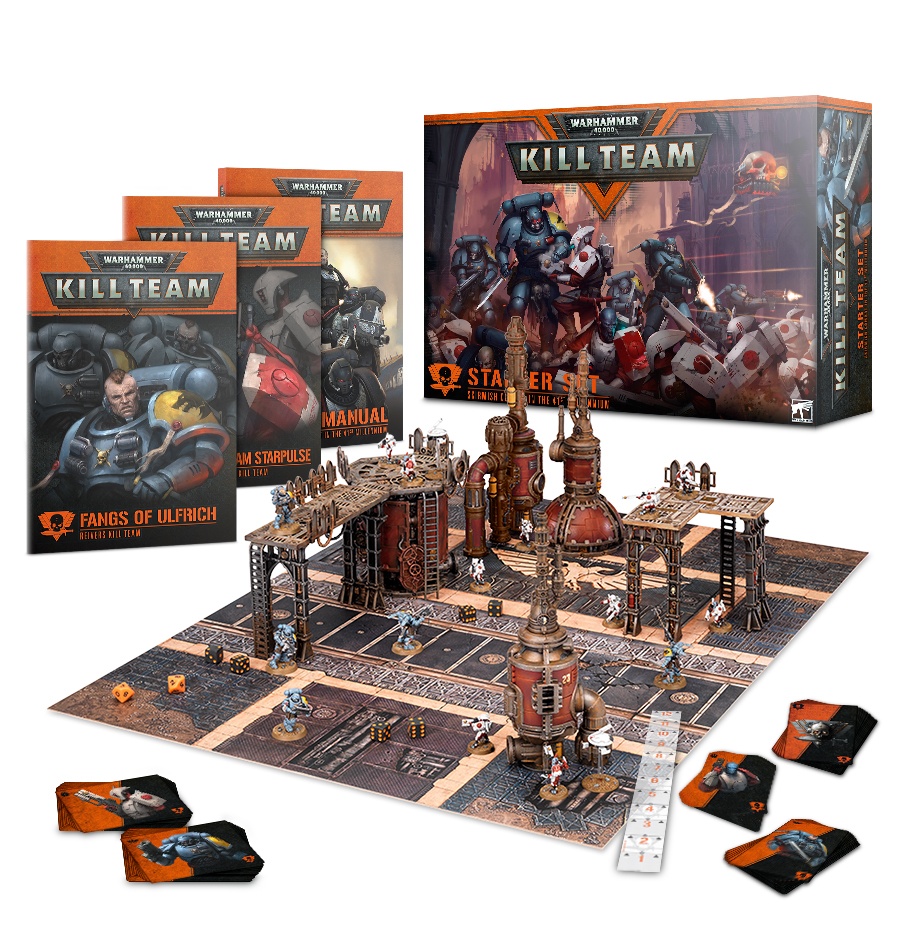 2 complete multipart plastic kill teams are included, from the Adeptus Astartes and T'au Empire Factions, along with a huge collection of Sector Mechanicus scenery: - 5 Primaris Space Marines Reivers, each with the option to take a bolt carbine or heavy bolt pistol and combat knife, as well additional wargear in the form of grapnel launchers and/or grav-chutes - 10 T'au Empire Fire Warriors, each armed with a pulse rifle or pulse carbine, and two DS8 Tactical Support Turrets equipped with a choice of missile pod or smart missile system - 2 8-page booklets covering these kill teams, featuring background, painted examples and a timeline of their history - 6 frames of Sector Mechanicus scenery, enabling you to populate your battlefield with a selection of ruined industrial buildings Included for easy reference are the following small-format tactics cards: - 36 Universal Tactics cards which can be used by any kill team - 12 Adeptus Astartes Tactics cards, usable exclusively by that Faction - 10 T'au Empire Tactics cards, usable exclusively by that Faction - 5 Adeptus Astartes and 12 T'au Empire datacards for reference during your games, with a number of blank datacards supplied for building your own custom kill teams Also supplied are a double-sided gaming board measuring 22 x 30 with a Sector Imperialis city layout on one side, and a Sector Mechanicus layout on the other, 6 x D6, 2 x D10, a clear plastic 12 range ruler, a selection of gaming tokens themed around the Adeptus Astartes and T'au Empire.