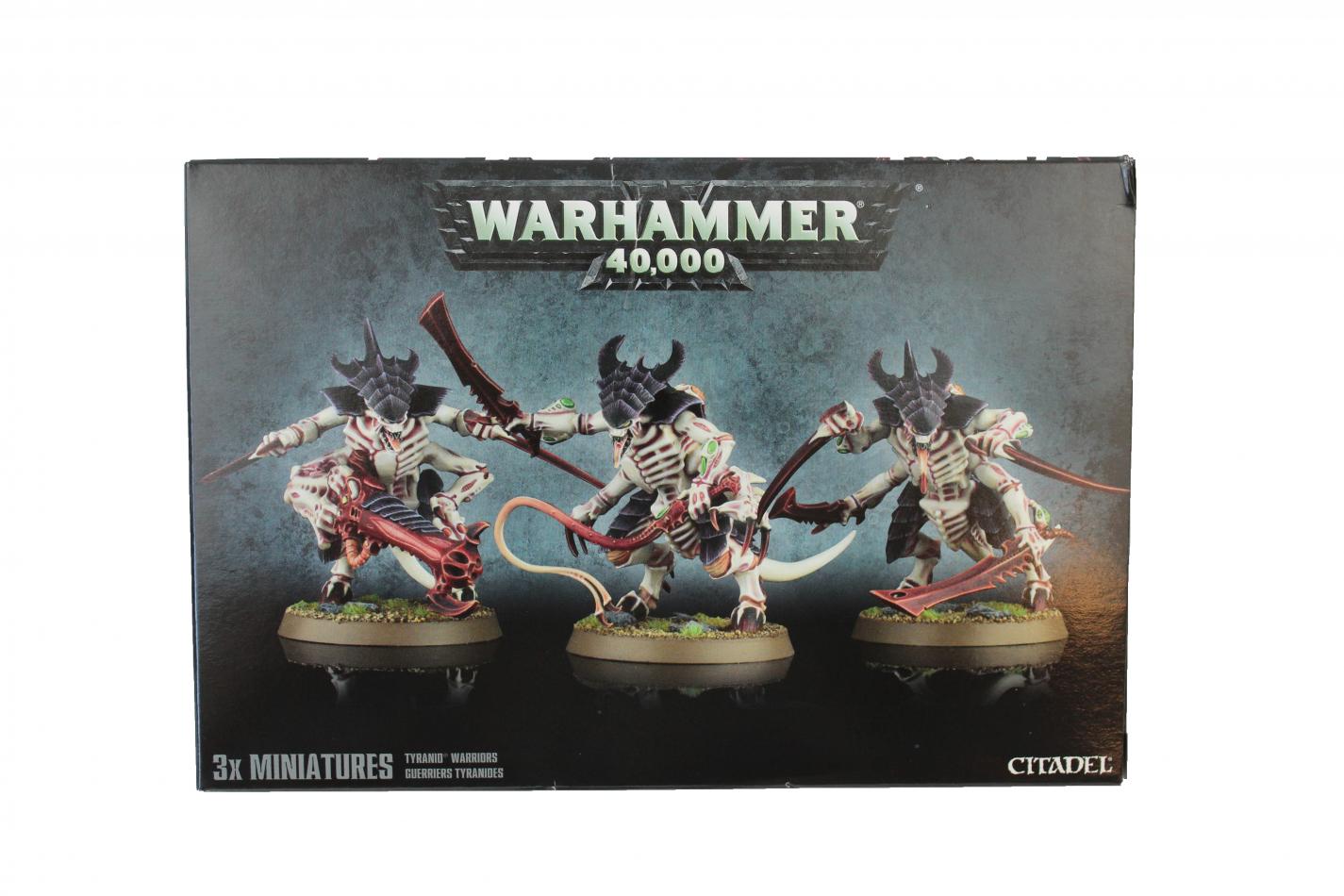 Tyranid Warriors are the Elites of the Tyranid swarm. As synapse creatures they marshal and herd the various components of the swarm so that the Hive Mind's objectives are met. One of the oldest and most adaptable of bio-forms Tyranid Warriors can be armed for a variety of roles be it ranged or close combat. The Tyranid Warrior models come in 3 distinct poses with every single combination of weapon available on the frame. There is a staggering choice of weapons to choose from including 3 pairs of lash whips; 3 pairs of spinefists; 3 devourers; 3 pairs of rending claws; 3 pairs of scything talons; 3 deathspitters; 3 pairs of boneswords; a venom cannon; a barbed strangler; and 3 pairs of flesh hooks. These can be taken in a variety of combinations depending on how you want to arm your Tyranid Warriors. This kit also includes the option to make a Tyranid Prime. This monster is distinguished with its own chest plate; head and crest; shoulder guards; and has the option to add a scythed tail. As well as this multitude of options there are also enough adrenal glands and toxic sacs to add to the entire unit, and a choice of 4 different faces for the Warriors. This plastic kit contains 89 components with which to make 3 Tyranid Warriors, or 2 Tyranid Warriors and a Tyranid Prime. This kit comes supplied unpainted and requires assembly - we recommend using Citadel Plastic Glue and Citadel Paints.