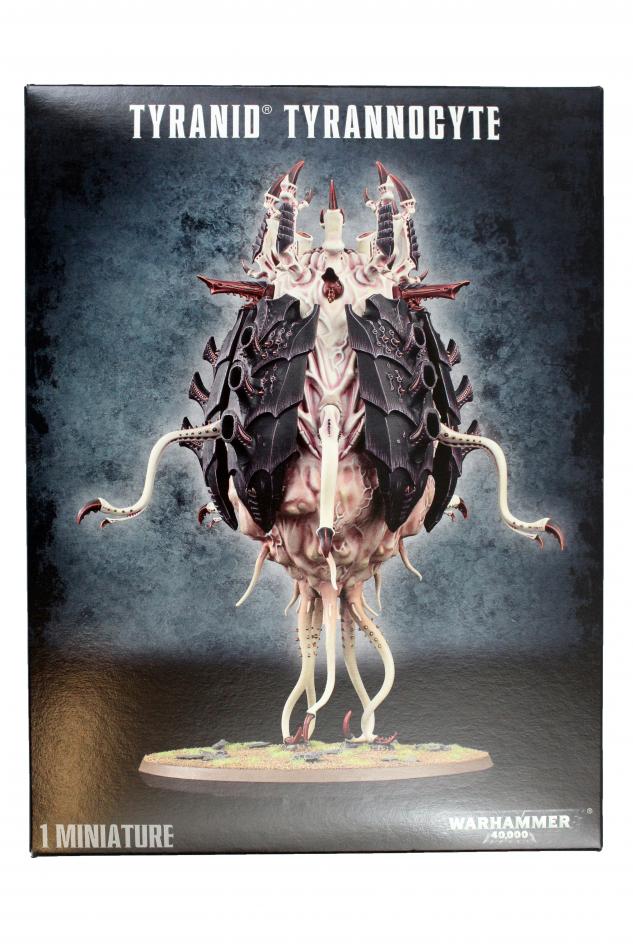 The Tyrannocte is Tyranid transport creature. Mostly consisting of a distended veiny sac, that can carry multiple Tyranid units from squads of Termagants to a monstrous creature. As the crucial stages of a planetary invasion begins it is spit out from the inner bowels of low orbit Hive Ships and shoots down towards the surface. As it crashes to the ground, its container sac splits open and unleashes its deadly cargo upon the ill-fated inhabitants of the world. Then once its primary task is completed, it rises eerily in to the air through gaseous emissions and starts to attack any enemy forces nearby. This 124-piece plastic kit makes one Tyrannocyte. The armoured carapace can be modelled closed to the body or open to act as an airbrake as the Tyrannocyte makes planetfall. It is armed with five deathspitters which can be replaced by barbed stranglers or venom cannons. This kit can alternatively be built as a Sporocyst and Mucolid Spore. The full rules for using the Tyrannocyte and the Sporocyst and Mucolid Spore in games of Warhammer 40,000 are included in White Dwarf Issue 41.