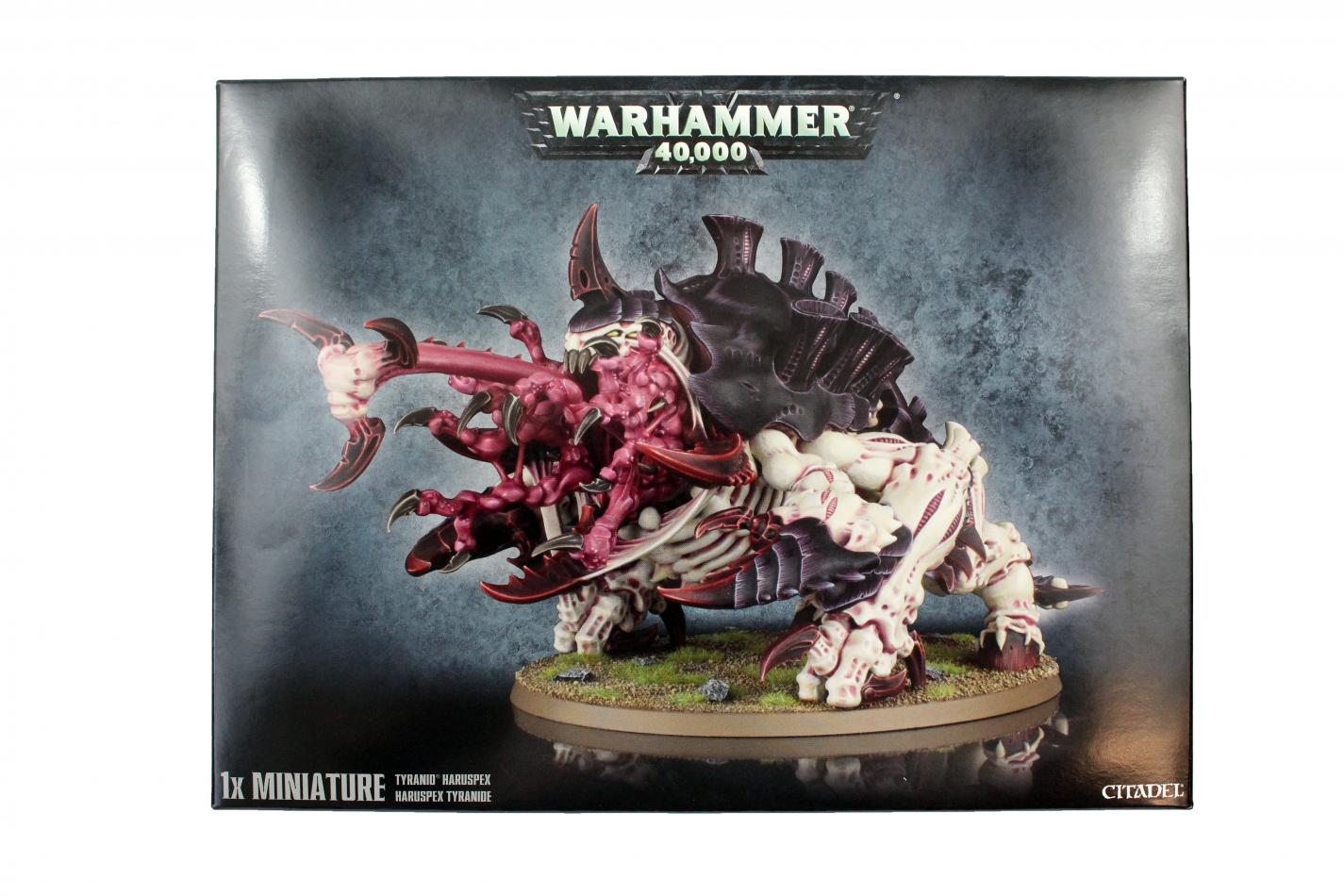 he Haruspex is a heavy assault beast larger than even a Carnifex. Its role is to charge headlong at the enemy's most powerful units and crush them utterly. The Exocrine is a ranged support bio-form armed with a massive cannon that can render down prey into a thick gruel perfect for digestion by ripper swarms. The Haruspexs most obvious feature is its grasping tongue that comes as part of an inside out stomach containing 3 sets of jaws. Its also armed with a pair of crushing claws and has a horned head specific to this monster, and can be armed with a thresher scythe tail biomorph. This plastic kit contains 47 components with which to make either a Haruspex or Exocrine.