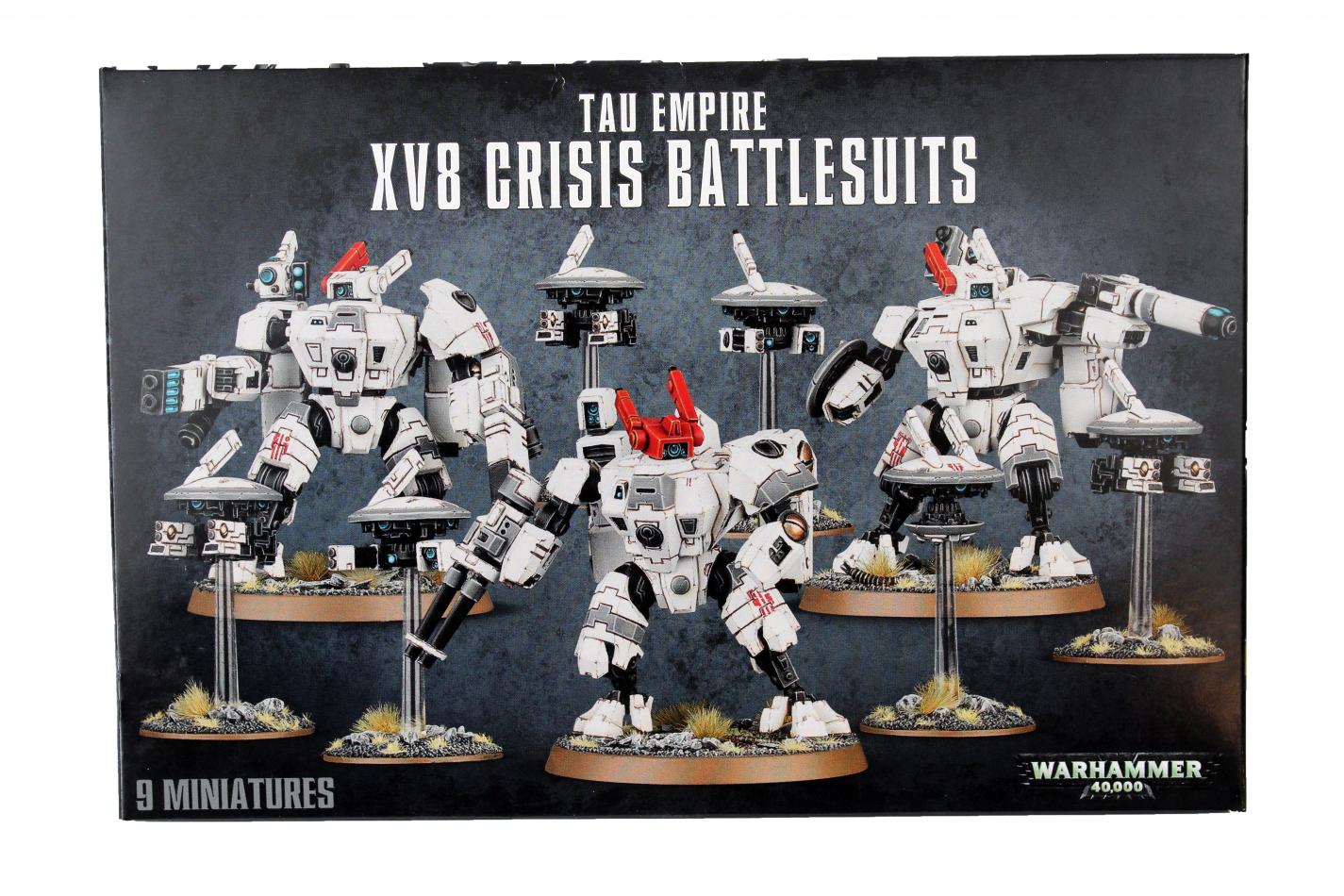 XV8 Crisis Battlesuits are awarded to those warriors which show particular aptitude among the ranks of the Fire Warriors and only then may they join the ranks of the Shasui. XV8 squadrons are used as the general combat Battlesuits of any Tau Strikeforce, and can be armed with an array of weapon loadouts and combat support systems, making them one of the most flexible units in the Tau arsenal. This multi-part plastic kit contains everything needed to build three XV8 Crisis Battlesuits, with six accompanying drones. There's an impressive level of customisation available, with ball fittings allowing unprecedented posability. One miniature can be optionally assembled as a Shas'vre, with special head and chest plate, and there's a prodigious amount of advanced T'au weaponry in the box: four plasma rifles, three flamers, four fusion blasters, four burst cannons, three missile pods and three shield generators. The six accompanying drones can each be built as gun, shield or marker variants and an assortment of battlesuit electronics systems are included. One model in the kit can even be built as the new, experimental Iridium-class XV8-02 Crisis Battlesuit - distinguishable by its thicker armour and aggressive appearance. Huge variety! 152 components are included in total, with three Citadel 50mm Round bases and three Citadel small Flying bases.