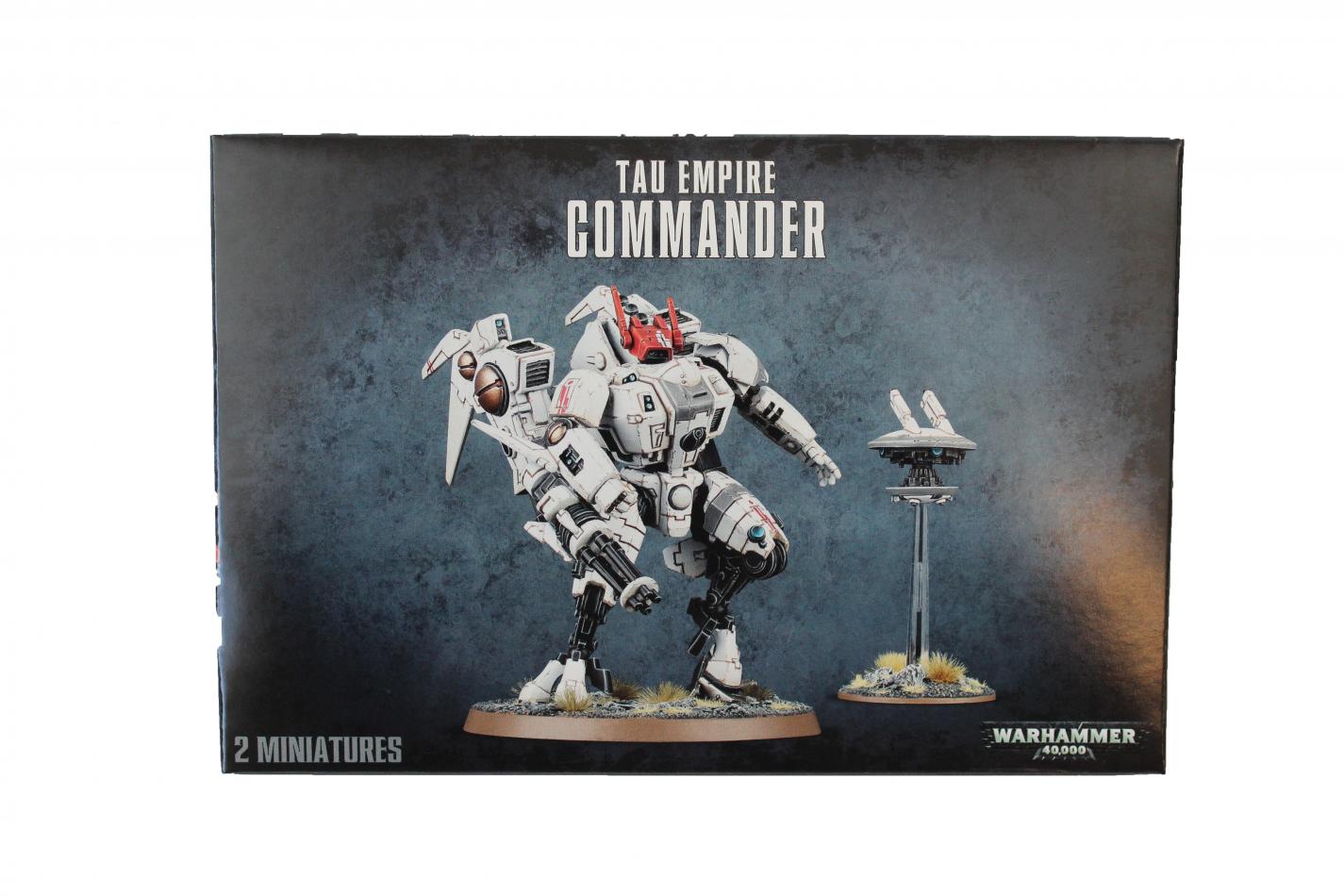 Greatest of all fire caste warriors these elite few lead the Strike Forces to war, they are the most fearless and versatile of fighters among the Tau and can be upgraded with some of their most deadly and experimental equipment to fight alongside the soldiers under their command. Sometimes clad in experimental armoured battlesuits that provide flying capabilities, they can zoom across the battlefield and destroy high priority targets that the rest of the Tau Cadre can easily mop up the rest of the enemy force in the knowledge that they will confidently win victory for the great good. Commanders are often accompanied by loyal retinues of Battlesuit Bodyguards and can be found at the very tip of the spearhead driving a devastating wedge in the enemys front ranks and ensuring their opponent bends to the Tau will. This multi-part plastic kit gives you everything you need in order to build one T'au Commander, in either an XV-85 Enforcer Armour Crisis Battlesuit or an XV86 Coldstar Battlesuit. There's an immense number of options available in the box - different heads, engines, leg and arm assemblies - and a ton of weapons! An airburst frag projector, a plasma rifle, a flamer, a fusion blaster, a cyclic ion blaster, a burst cannon (plus upgrade kit) and a missile pod. Included is a drone, which can be assembled as a gun, shield or marker drone. Seventy-seven components are included, and one Citadel 60mm Round base.