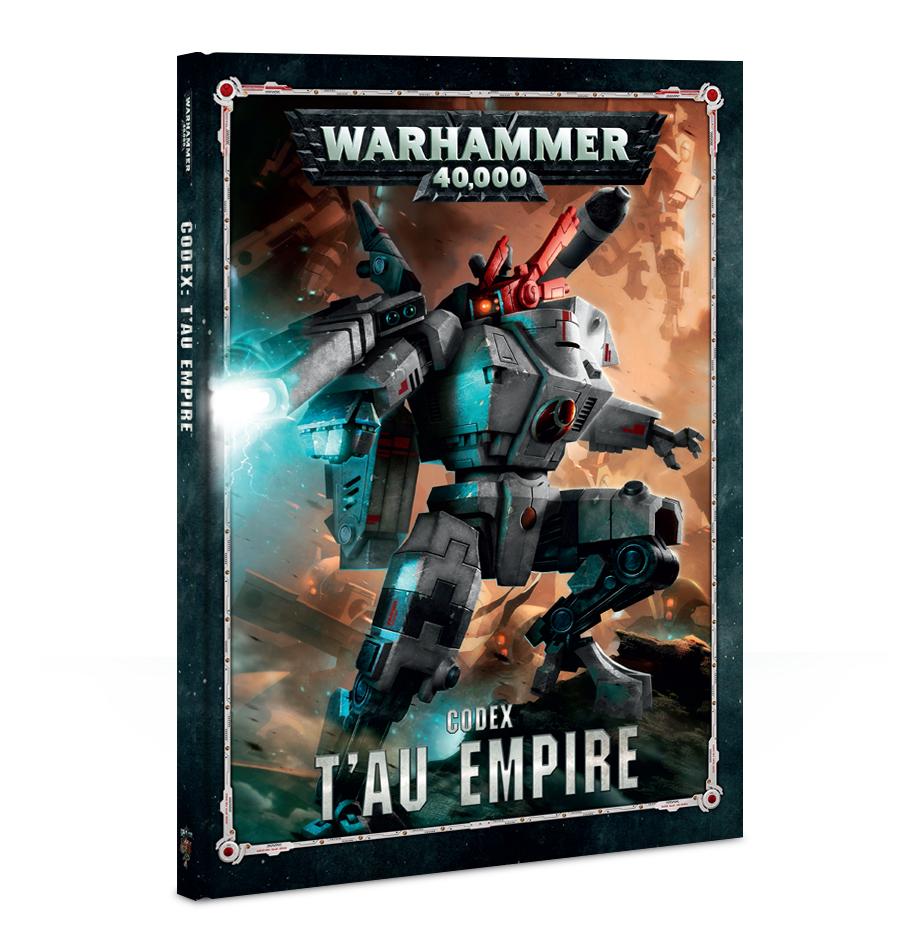 Codex: Tau Empire contains a wealth of background and rules  the definitive book for Tau Empire collectors. Within the 136-page hardback, youll find: - A New Empire Dawns: an introduction to the Tau Empire, their attitude toward rapid expansion and the caste system of their society; - The Rise of the Tau: an overview of the incredibly quick evolution of the Tau, and the sudden arrival of the Ethereals; - Art of War: the ancient tactical philosophies and customs still in use by Tau warriors, and their applications to interplanetary warfare, including the arts of Kauyon and Montka: - A Destiny to Rule the Stars: the story of the Tau Empires expansion into the wider galaxy, including descriptions of their first contact with the Imperium, and details of the Septs of the First, Second and Third spheres of expansion; - A map of the Tau Empires territories at the time of the Fifth sphere of expansion; - The language and culture of the Tau, with a guide to names and their alphabet; - Descriptions of the Tau Empires military organisation, including an example expeditionary force, markings for 21 Septs and examples of team, helmet and battlesuit markings; - Example colour schemes for 12 Septs; - A timeline of major events and battles in the Tau Empires history; - Background on each unit available to a Tau Empire army; - A showcase of beautifully painted Citadel miniatures, with example armies featuring everything from individual images of models to battle scenes on terrain. Rules Everything you need to get a Tau Empire army primed for games of Warhammer 40,000 is in here: - 38 datasheets providing rules for every T'au Empire unit and miniature; - Army abilities reflecting the T'au Empires methods of war on the tabletop; - Arsenal of the Empire: wargear both ranged and close-combat for use by the T'au Empire; - Points values for all miniatures, weapons and wargear for use in Matched Play games; - Supremacy Through Unity: rules for Battle-forged armies, including: - 25 unique Stratagems, including 6 specific to the following Septs: Tau, SaCea, Viorla, Borkan, Dalyth, and Farsight Enclaves - 6 Sept Tenets: special rules for each of the following Septs: Tau, SaCea, Viorla, Borkan, Dalyth, and Farsight Enclaves; - 6 unique Tau Empire Warlord Traits, along with 6 additional Sept-specific traits  1 each for Tau, SaCea, Viorla, Borkan, Dalyth, and Farsight Enclaves Septs; - Signature Systems: 12 pieces of bleeding-edge weapon and artefacts, technology available exclusively to the Tau;