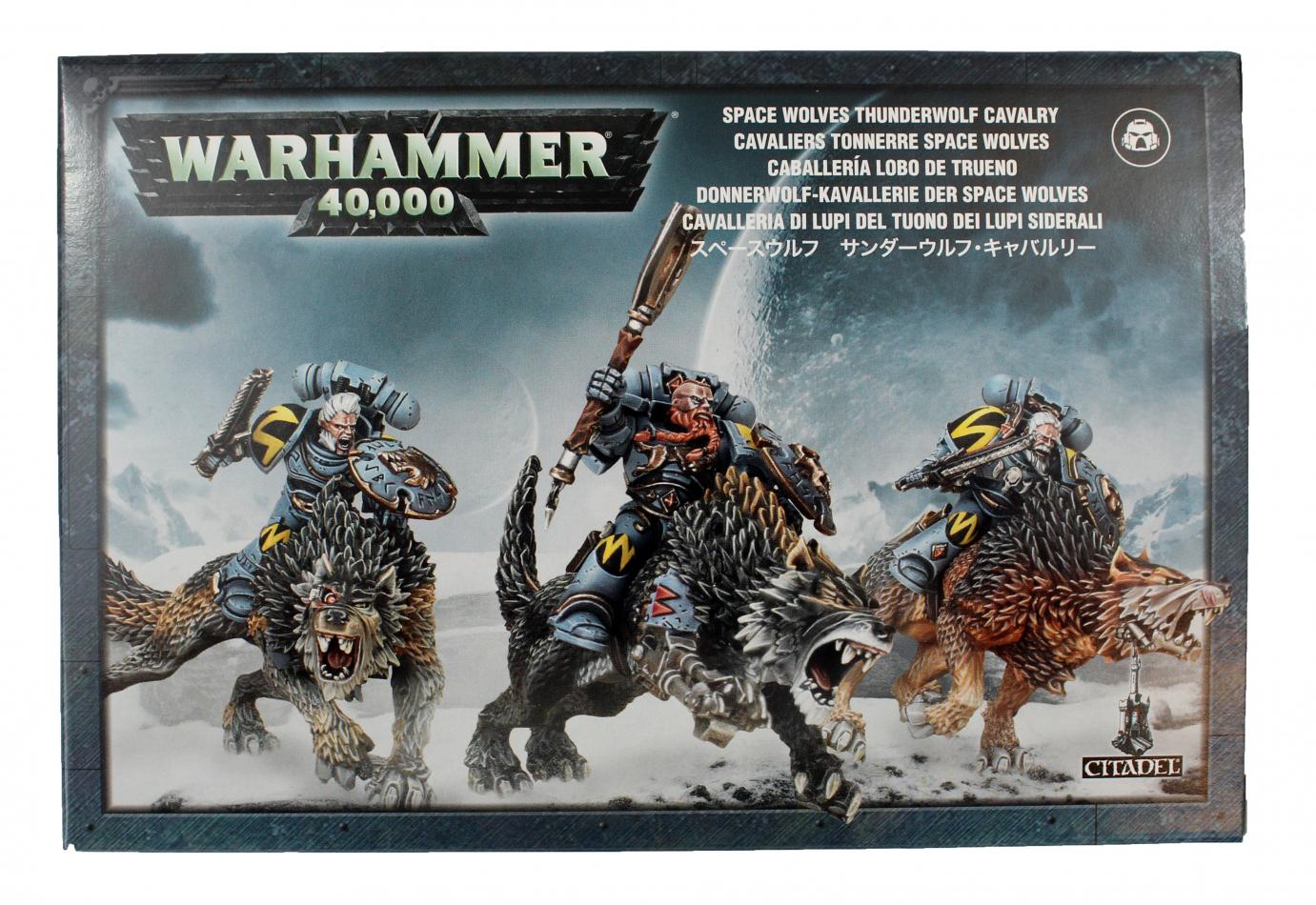 Only the most dedicated and skilled of Space Wolves may join the likes of the Thunderwolf Cavalry. This small, elite unit ride to war on the back of huge Thuderwolves - vicious and fast-paced creatures native to the cold, harsh plains of Fenris. These hard-hitting beasts are used to attack enemy flanks, using their speed to attack weaker enemy units. This multi-part plastic boxed set contains 121 components with which to build three Thunderwolf Cavalry models. This set comes with a selection of weaponry, including a frost blade, a power fist, a thunder hammer and three storm shields, as well as optional extras such as grenades, holstered bolt guns, bolt pistols and a choice of six different heads.