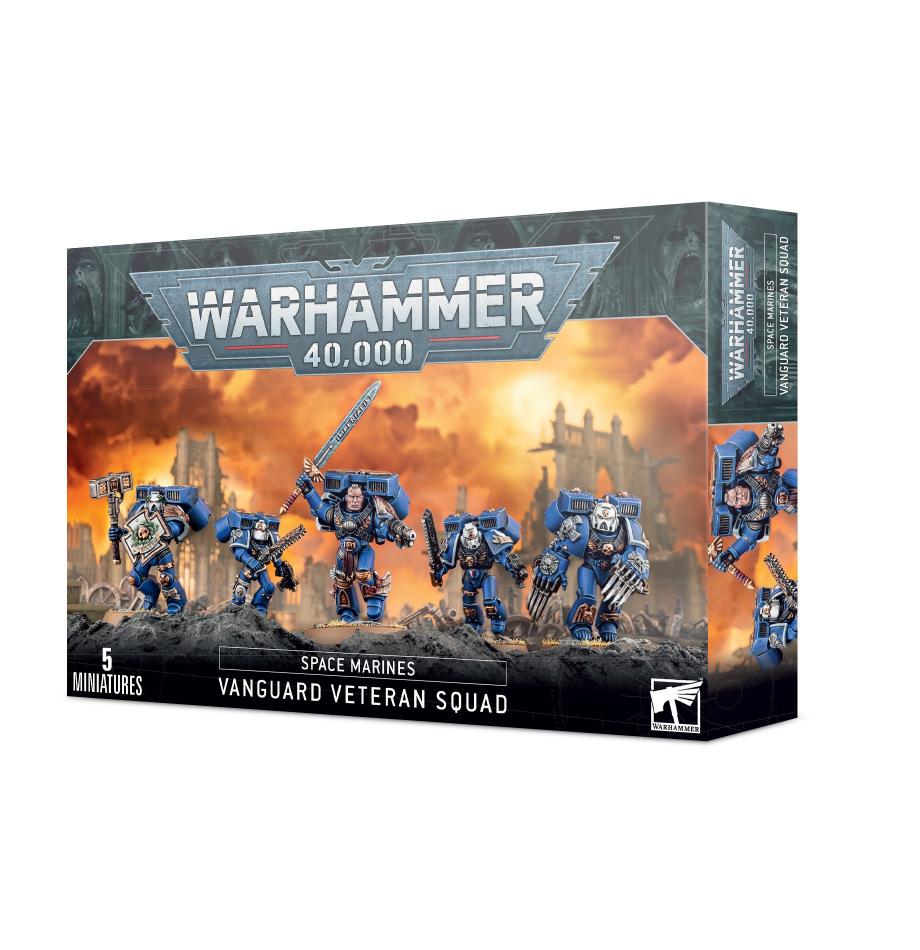 Vanguard Veterans are members of the 1st company with an affinity for rapid close combat assault. Armed with the finest melee weapons from the Chapter armouries and borne into battle by jump pack they strike directly at the elite of the enemy army. The 5 man Space Marine Vanguard Veteran Squad are sculpted with a great sense of action and energy and contains a huge variety of weapon options with which to arm the unit. When building the squad there are 5 different sets of running legs; 5 unique torso fronts; 16 different shoulder pads; 9 heads (8 helmeted, 1 bare); and 5 individual jump packs; Every member of the squad can be armed with either chainsword and bolt pistol (each individual weapon bears a unique design); there are 4 sets of lightning claws; 4 pairs of thunder hammer and storm shield. The Sergeant has choice of relic blade, power sword, power fist or power axe; and there is also a grav pistol; a plasma pistol; a melta bomb; and a selection of frag and krak grenades. The Space Marine range is designed so that all of the plastic parts can be swapped between different kits. Depending on how they are assembled, this box set can make hundreds of varieties of Vanguard Veterans. If you want your squad to include alternative shoulder pads, heads or weapons then grab them from any other Space Marine plastic kit and theyll fit. This allows the opportunity for truly unique collections of miniatures. This plastic kit contains 98 components with which to make a 5 man Space Marine Vanguard Veteran Squad (and so much more!). This kit comes supplied unpainted and requires assembly - we recommend using Citadel Plastic Glue and Citadel Paints.