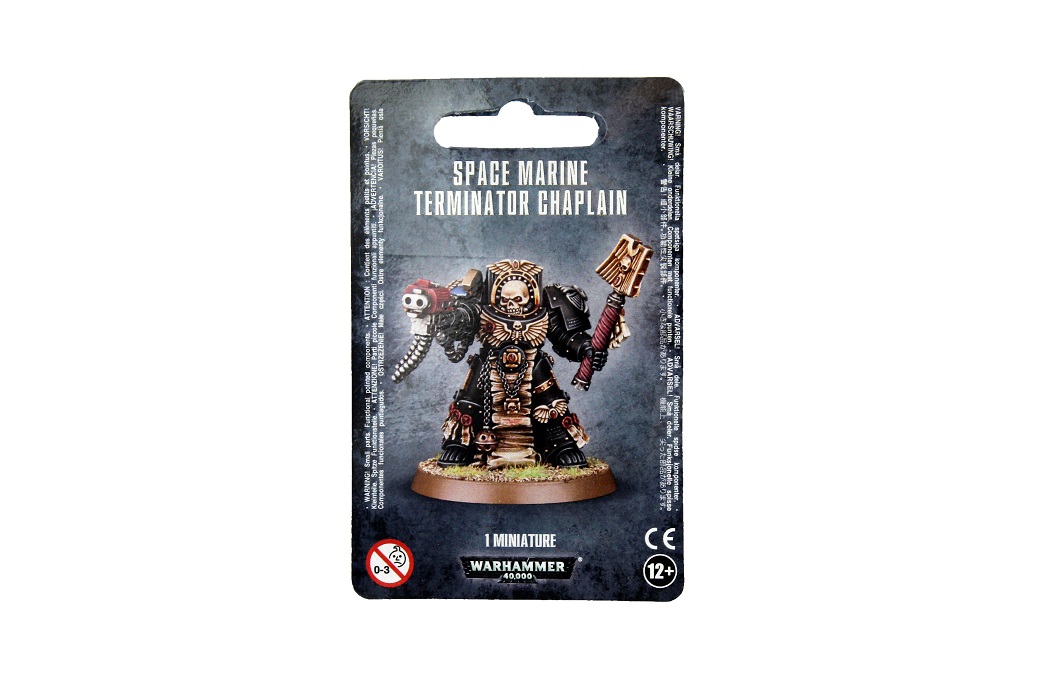 Chaplains are the spiritual leaders of the Chapter. They administer the rites, preserve the rituals and perform ancient ceremonies of Initiation, Vindication and Redemption that are as important to a Space Marine Chapter as its roll of honour and skill at arms. Chaplains are daunting figures even for other Space Marines to behold Their power armour is jet black and adorned with icons of battle and tokens of ritual and mystery; their skull helms are death masks that evoke the stern visage of the immortal Emperor.

Space Marines are pretty fiery individuals at the best of times, but when they\'re accompanied by a Chaplain you will really notice the difference on the battlefield. Even over the din of battle his voice can be heard speaking the Liturgies of Battle, his fiery rhetoric spurring nearby Space Marines to greater acts of valour and heroism. Woe betide an enemy that stands before a Chaplain and his squad, for if the Space Marines don\'t kill them, the Chaplain will be more than willing to smash them into oblivion with his Crozius Arcanum.

This pack contains one Space Marine Terminator Chaplain - a finely detailed resin cast kit that comes in four components, and is supplied with a 40mm round base.