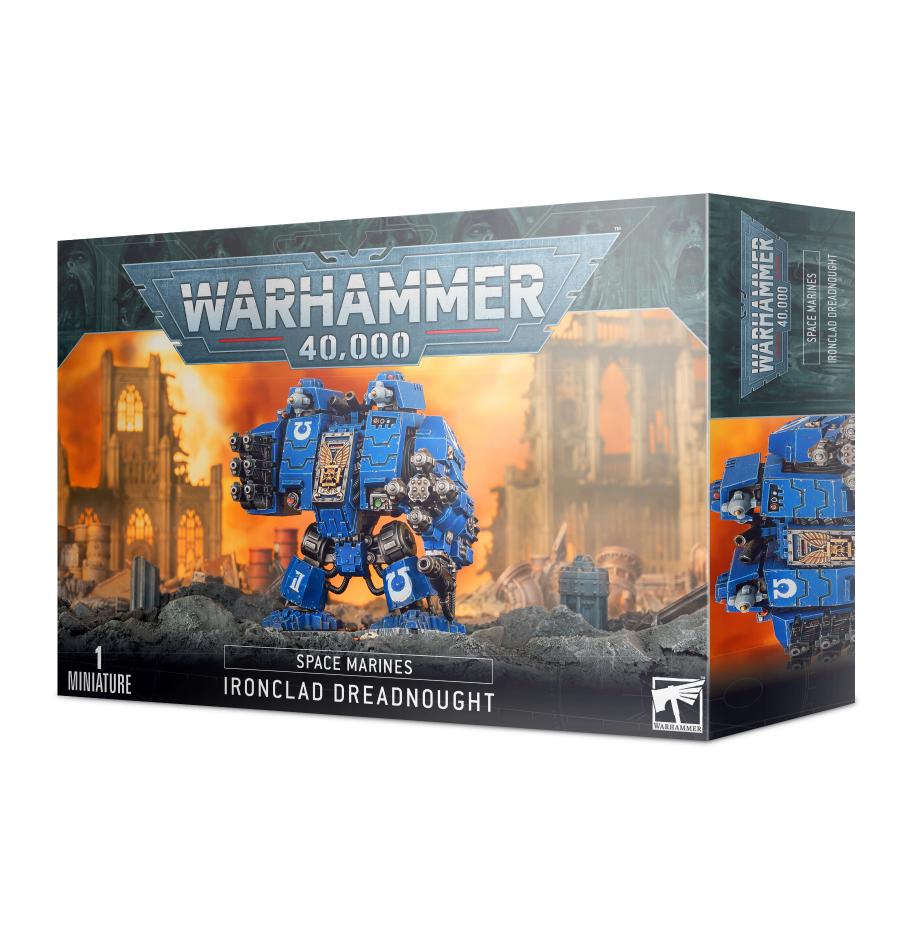 Standing two or three times the height of the infantry that surround them, Dreadnoughts are huge fighting machines which march to battle, shrugging off enemy fire - with Adamantium and Ceramite armour, these massive machines of destruction are armed with an array of both ranged and combat weaponry which allows them to tear great holes in the enemy battle line. This box set contains one multi-part plastic Space Marine Iron Clad Dreadnought. This 58-piece set can be assembled with any of the weapon options found in Codex: Space Marines, and includes: a seismic hammer, a chainfist, a Hurricane bolter, two flamers, a storm bolter, a meltagun, and a Dreadnought close combat weapon. Also included are two different sarcophagus fronts, two hunter-killer missiles, smoke launchers, a searchlight and Ironclad assault launchers. Model supplied with a 60mm round, scenic base.