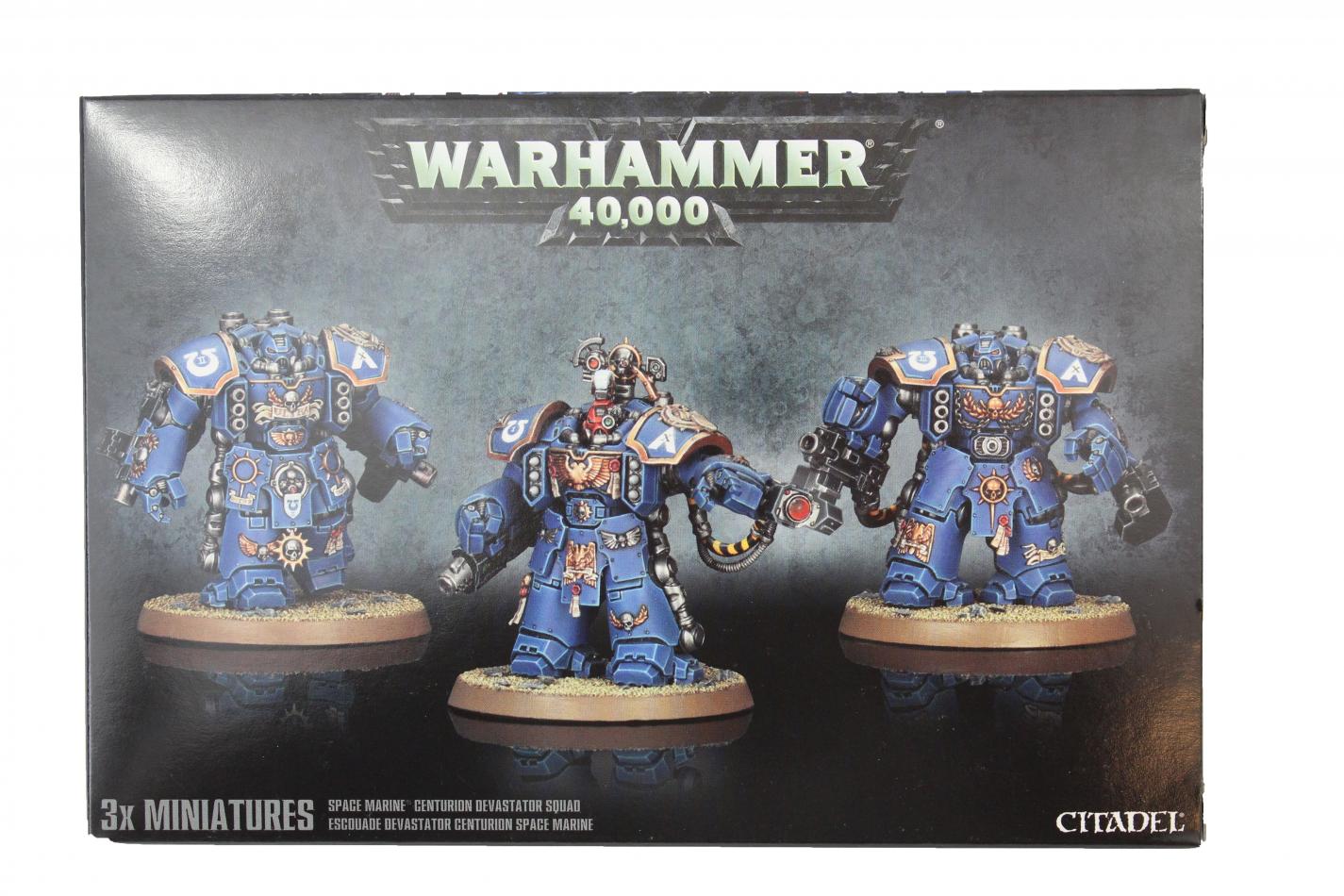 Space Marines clad in Centurian battlesuits become walking lords of destruction. Bringing to bear weaponry more commonly found on a dreadnought or a tank these Space Marines strike directly at the strongest resistance in the enemy line or act as a bulwark against encroaching enemy forces. This 3 man kit makes the Centurion Devastator Squad, providing every weapon and upgrade available to the unit. Before you add the specific weapon combinations you need to build the bodies. There are 3 distinct torsos; 3 individual sets of legs; 6 unique shoulder pad designs; and 7 heads (3 bare, and 4 helmeted) to choose from. The Centurion Devastator Squads arms can be equipped with either twin-linked heavy bolters, twin-linked lascannons; or grav cannons and grav-amps. The chest plates can be armed with either a hurricane bolter or a missile launcher. To add the finishing touches to your squad there is an additional helmet plume to make it clear who the Sergeant is; an omniscope; an eagle back banner; purity seals; and an iron halo. The Space Marine range is designed so that all of the plastic parts can be swapped between different kits. Whilst the Centurion Devastator Squad is a really unique unit all the heads can be interchanged with those of the rest of the Space Marine range. As can the myriad extra pieces of equipment that can be found in other Space Marine kits, allowing the opportunity to create truly unique collections of miniatures. This plastic kit contains 175 components with which to make either a 3 man Space Marine Centurion Devastator Squad or 3 man Centurion Assault Squad. Also included is 1 Space Marine transfer sheet with which to add Chapter iconography and squad markings. This kit comes supplied unpainted and requires assembly - we recommend using Citadel Plastic Glue and Citadel Paints.