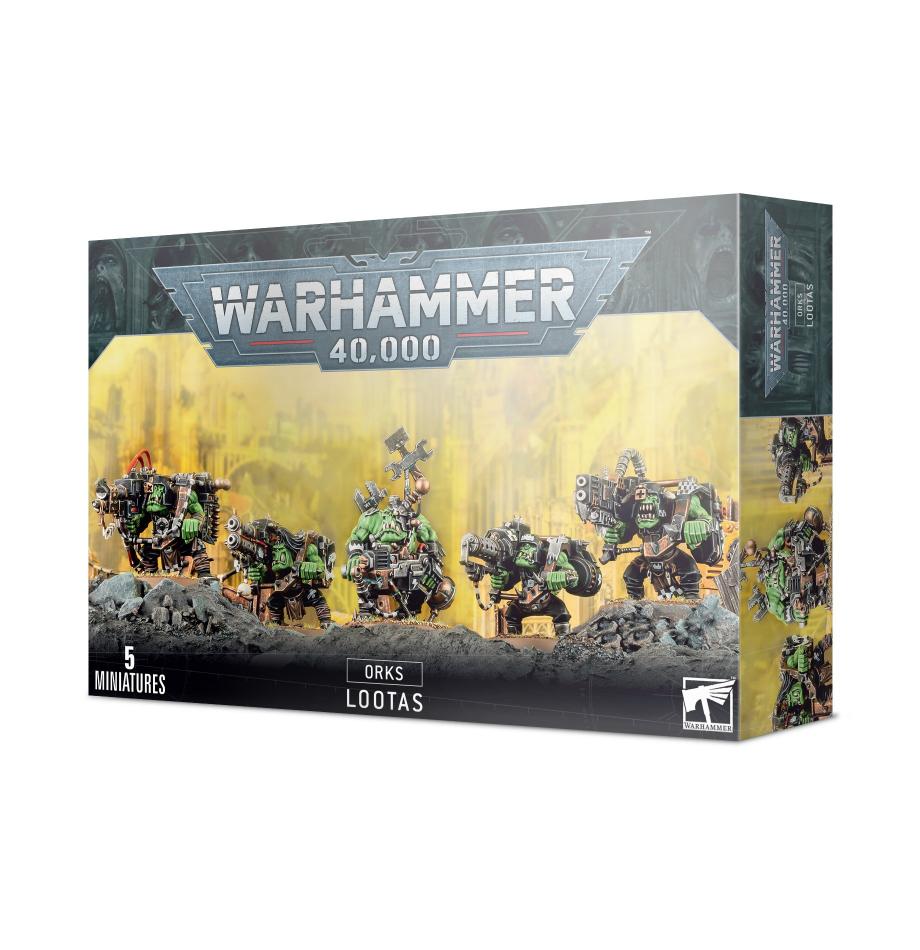 Ork Lootas use whatever they can 'loot' from the battlefield to build the biggest, baddest, loudest guns their crude Orky minds can imagine. Deffguns are called Deffguns because they bring 'death' in a hail of lead, while making the Ork firing the gun 'deaf' at the same time thanks to the thunderous noise!Ork Burnas on the other hand, are a bunch of pyromaniacs! All Orks like fire, but Burnas love getting up close and watching their enemies "Do the burny dance". They can also switch their Burnas to a blue cutting flame. Off the battlefield, these are used to cutting up wrecked vehicles into salvageable scrap, but in the heat of battle a Burna Boy can use his Burna to cut through thick enemy armour with ease. This multi-part plastic boxed set contains enough components to make five models: either four Lootas or four Burna Boyz, as well as one Ork Mek armed with a kustom mega-blasta.