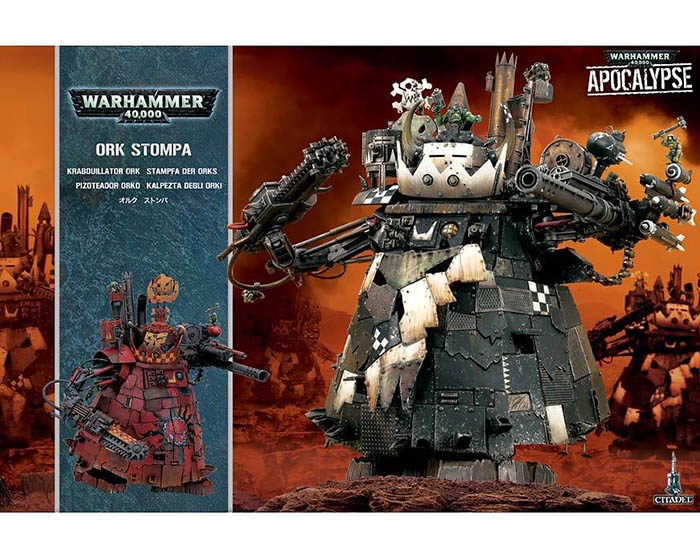 When a mere dreadnought just isn't stompy enough, a Mek feels the urge to build a stompa. As big as a Battle Fortress, a Stompa is a walking, shooting, roaring idol of Gork. It has a crew of several Orks aided by dozens of Grot riggers, runners and assistants. A Stompa usually mounts two or three enormous guns as well as some form of oversized claw or whirring blade for chewing up enemy tanks and titans in close combat.