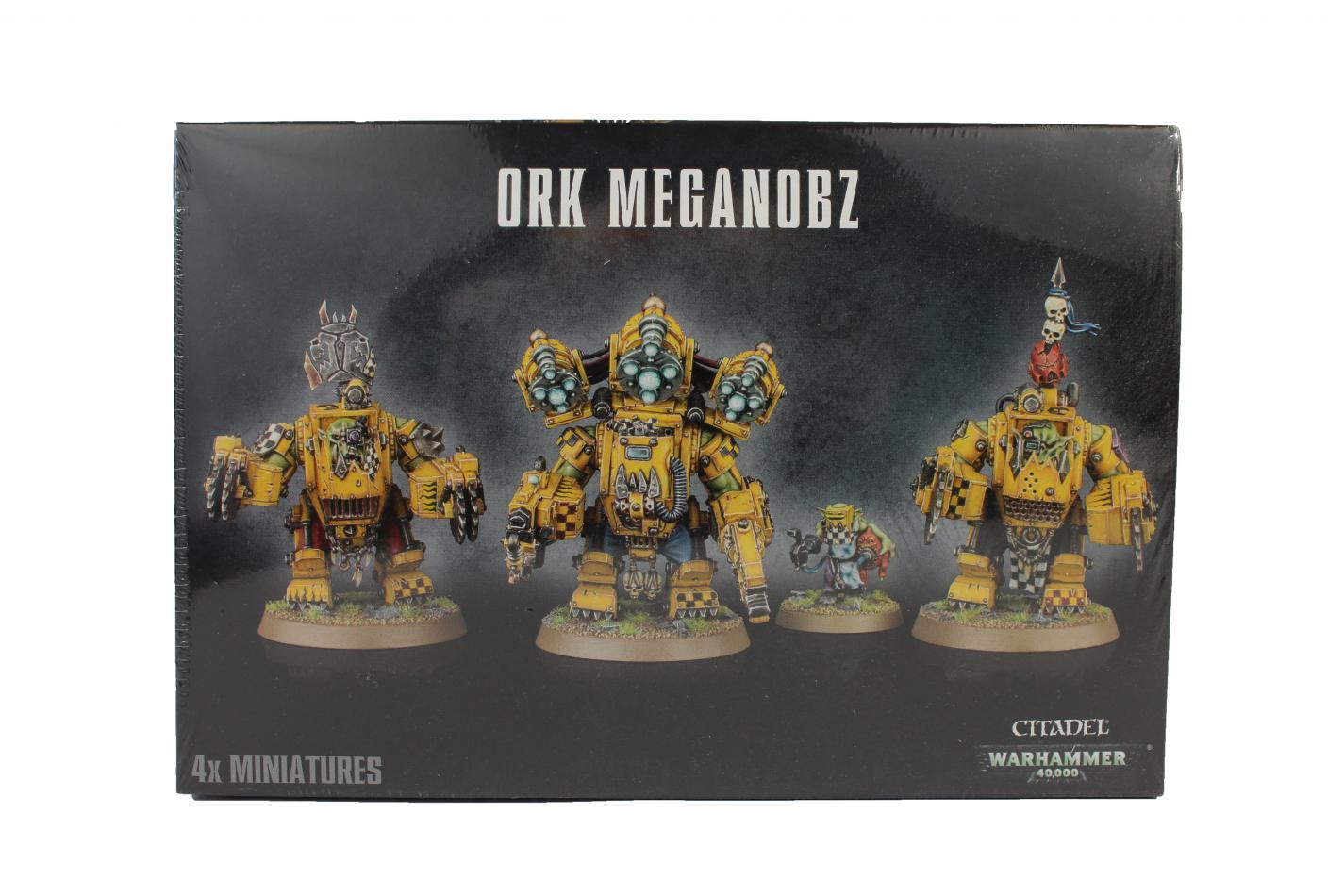 Every Nob needs protection, and there is no finer armour available to an Ork than Mega Armour! All subtlety is lost, however, at the Meganobz stomp across the battlefield to the sound of hissing pistons and deafening Dakka. Nobz are the toughest, meanest and Orkiest Orks in the clan and it is their privilege to wear such armour making them a valuable asset to their Boss. The Big Meks are famous for their natural ability to bash things until they work and therefore get the best toys, like the tellyport blasta and the kustom forcefield. The Big Mek is armed with a kustom mega-blasta and power klaw (which also functions as Meks tools for battlefield repairs). Your big Mek can also be equipped with a back mounted kustom forcefield or a tellyport blasta and comes with a Grot Oiler; a diminutive assistant that is mostly employed putting out fires or crawling into functioning machinery. This multi-part plastic kit makes three Meganobz, one of which can be assembled as the Big Mek in Mega Armour.