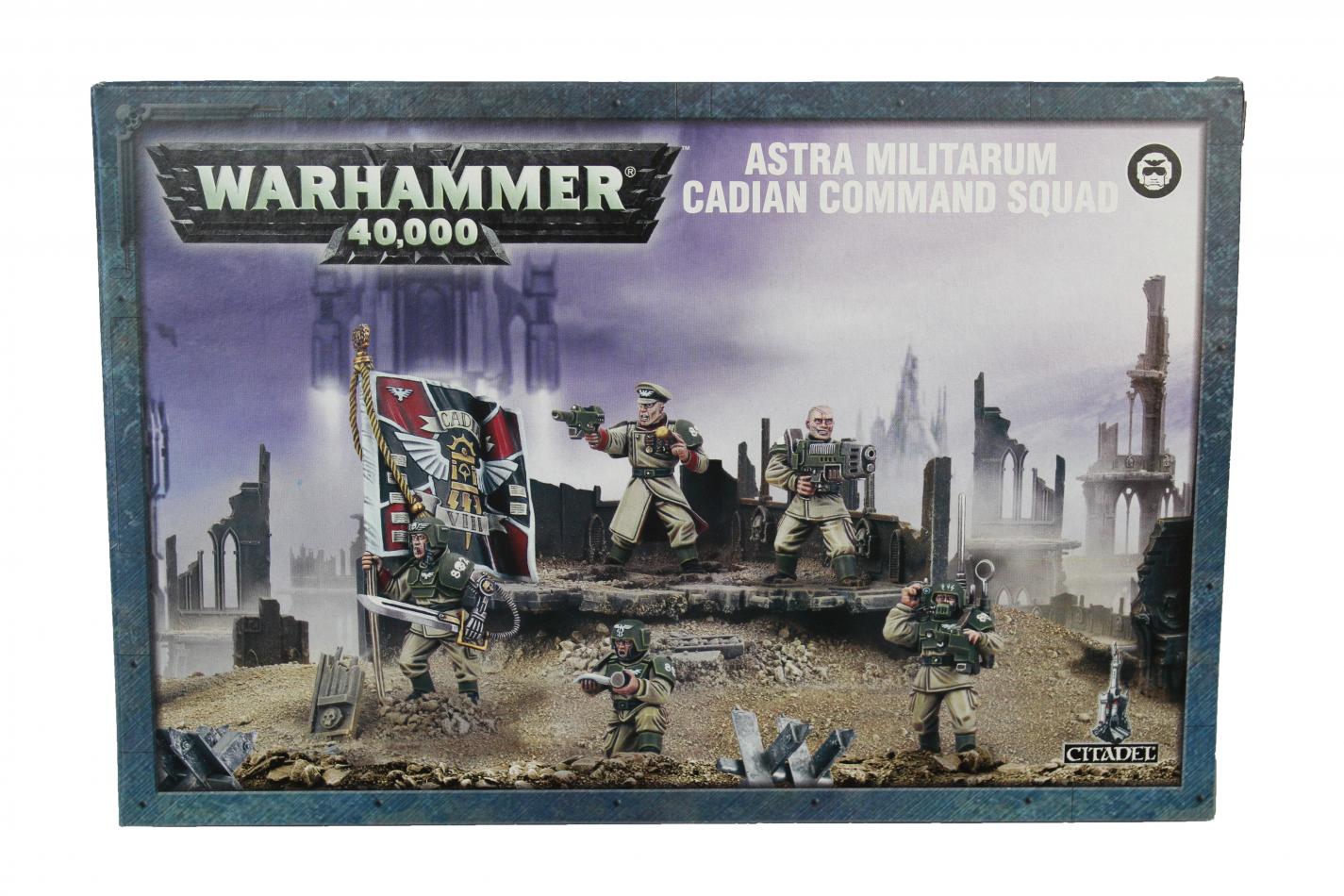 
This box set contains five multi-part plastic Cadian Command Troopers. This 79-piece kit contains enough components to enable you to assemble five specialist troopers, including: an Officer, a Medic, a Special Weapon Trooper, a Vox-caster and a Guardsman with Company Banner. The squad can be armed with a choice of weapons including: a sniper rifle, a heavy flamer, a plasma gun, a grenade launcher, a flamer, a melta gun, a powerfist, a chainsword, a power sword, a plasma pistol, a bolt pistol and a laspistol. Also included are two different Company Banners, nine different guardsman heads and additional pieces to allow you to customise the rest of your Imperial Guard squads. Models supplied with 25mm round bases.