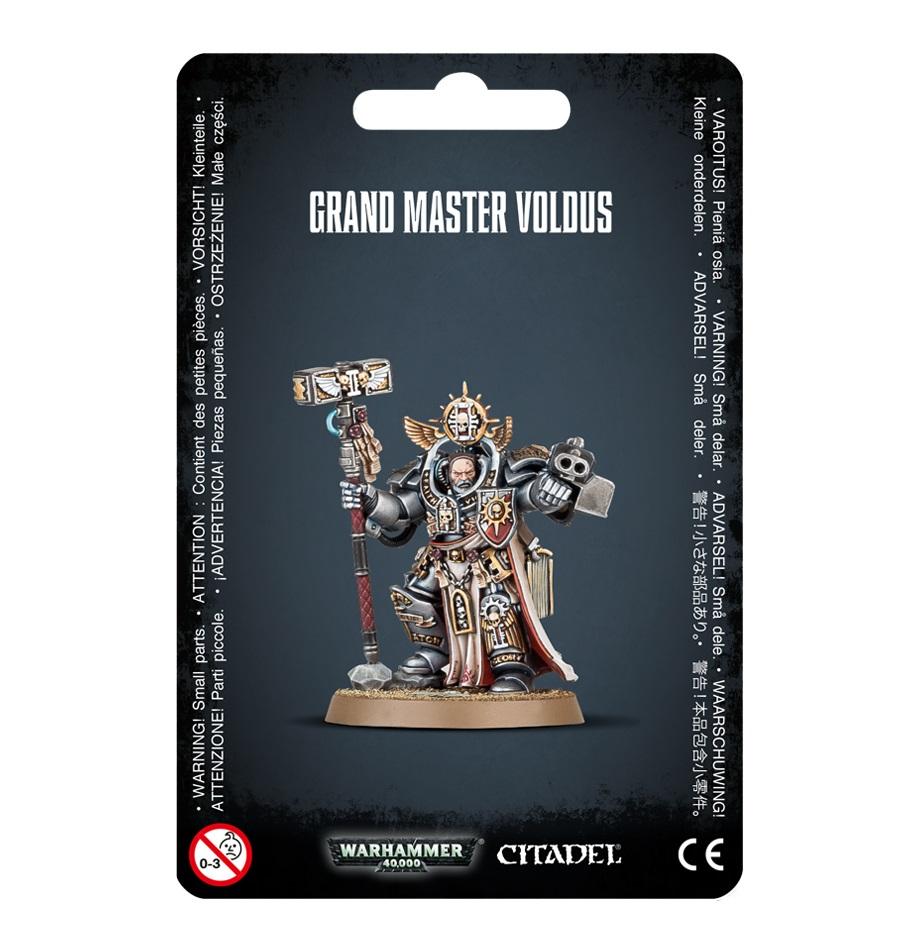 This multi-part plastic kit contains the components necessary to assemble Grand Master Voldus, Warden of the Librarius. This is a miniature absolutely brimming with details, as befits a Grand Master of his power and reputation. His Terminator armour features numerous sacred inscriptions, along with plenty of skulls, chains and magical tomes. His legendary hammer, standing as tall as Voldus himself, is replete with purity seals and cabling reflecting its purpose as a conduit for his psychic energies, and he wields a wrist-mounted storm bolter on his left arm. Grand Master Voldus comes as 7 components, and is supplied with a Citadel 40mm Round base.