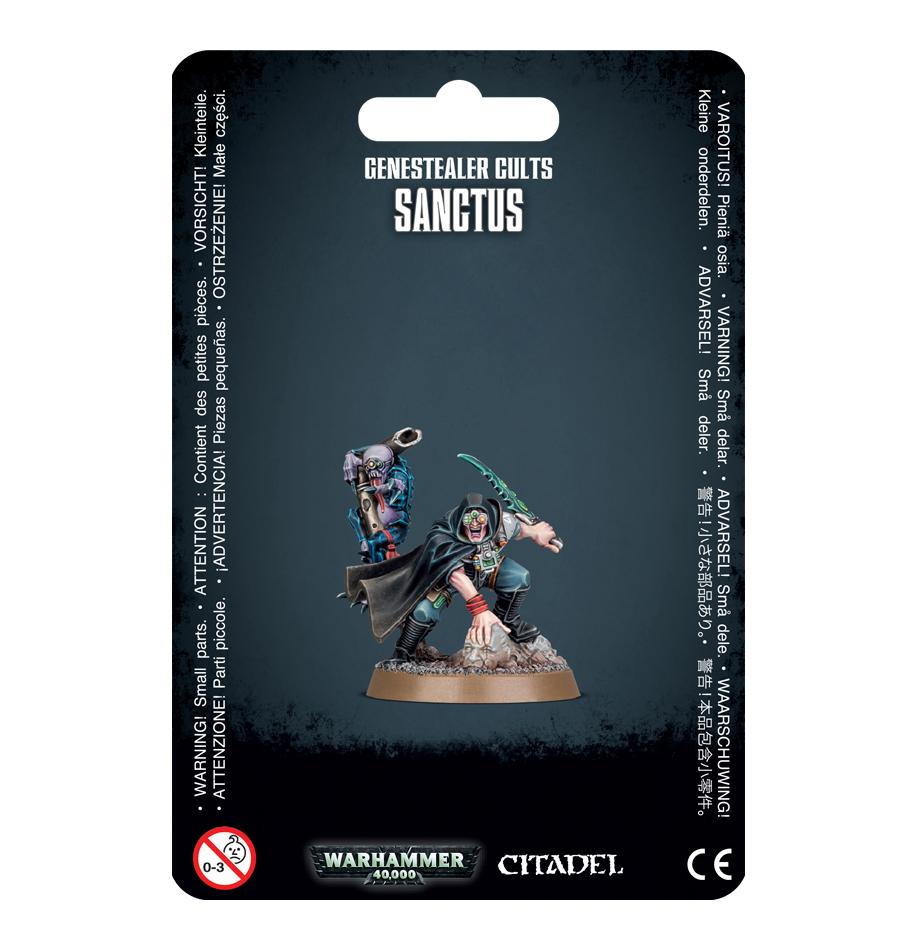 Nothing like a blade in the neck or a sniper round through the head to say "viva la revolution."
The Sanctus is a specialist assassin in your Genestealer Cults army, capable of appearing from nowhere and slaying your enemys favourite characters. Incredibly difficult to pin down or hit, hes a fantastic disruption unit.

Youll be able to arm your Sanctus with your choice of silencer sniper rifle or Sanctus bio-dagger  the former is superb for killing psykers, while the latter makes the Sanctus into a brutal close-combat fighter.

This kit is supplied in 10 plastic components, and contains a 32mm round base.