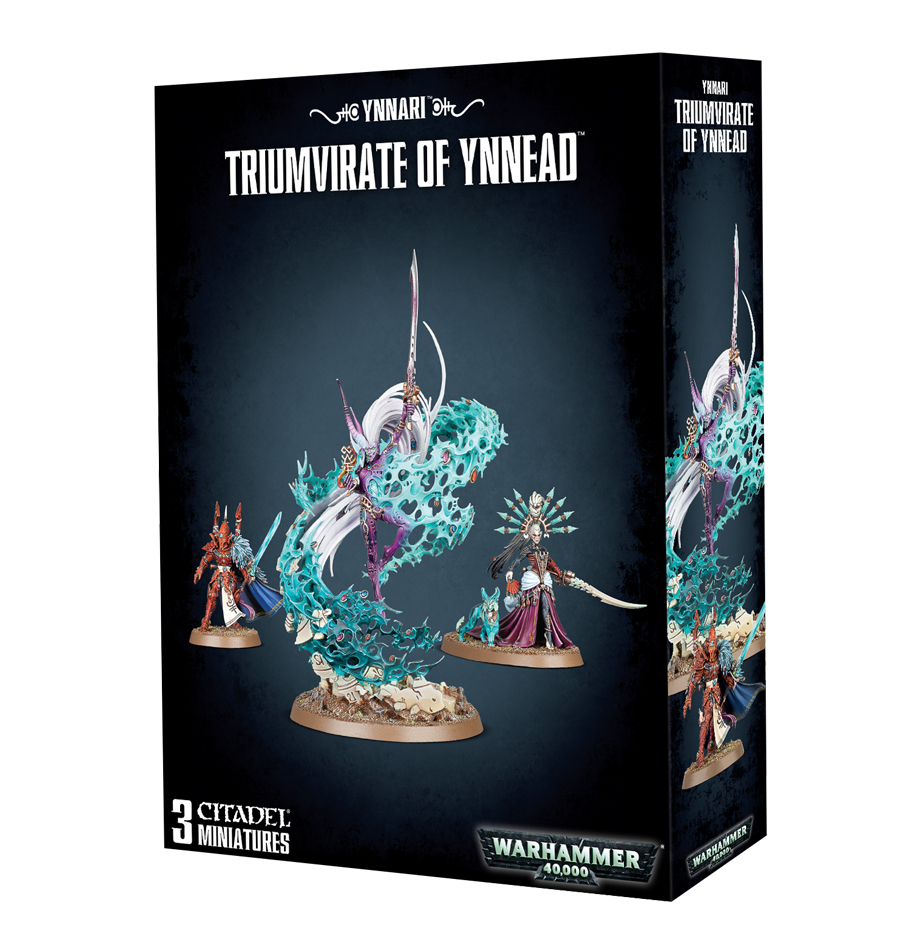 
This box contains the Triumvirate of Ynnead. It includes:

The Yncarne, Avatar of Ynnead, wreathed in a roaring psychic hurricane, invigorating the spirits of the Aeldari around them, the Yncarne comes armed with Vilith-zhar, the Sword of Souls which can take many forms  this miniature includes a sword and a pair of daggers;

Yvraine, Emissary of Ynnead, clad in the style of the ancient Aeldari and accompanied by a psychic familiar known as a gyrinx, she carries the Cronesword Kha-vir, the Sword of Sorrows;

The Visarch, Sword of Ynnead, Yvraines chosen champion, clad in baroque armour of the ancient Bel-Anshoc style, he channels the lost souls he has accumulated to become an ever-more lethal opponent. He is armed with Asu-var, Sword of Silent Screams.

Rules for using these miniatures in games of Warhammer 40,000 are provided in the box.