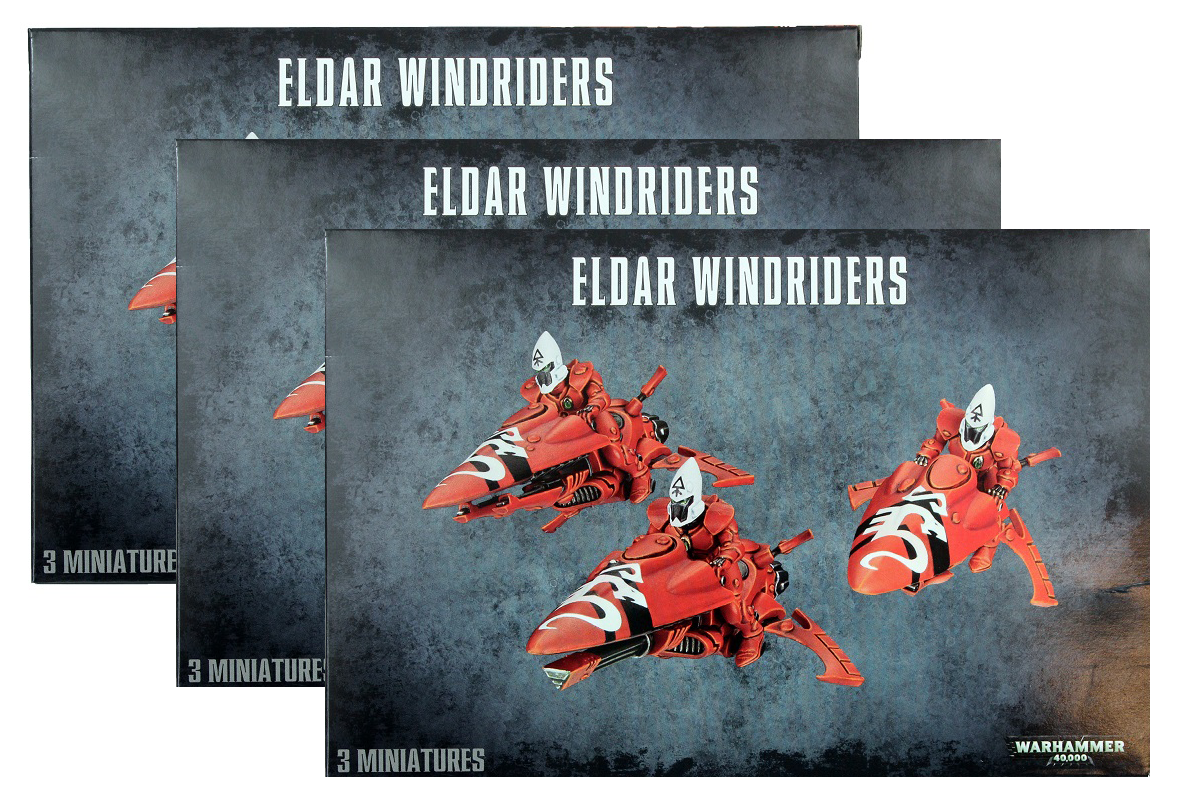 The Vanguard of the Eldar warhosts, Appearing from no where, causing death and destruction in their wake and disappearing as quickly as they appeared. Able to travel great distances on the battlefield in one move, no other race can match the speed of these nimble vehicles and as the Eldar are such ancient and skilled pilots, any other lesser race would crash such a bike if they tried to control one. Swift and agile, these hunters chase down their prey and bring the destructive power from the heavy weapons their jet bikes are able to bring to the battle.