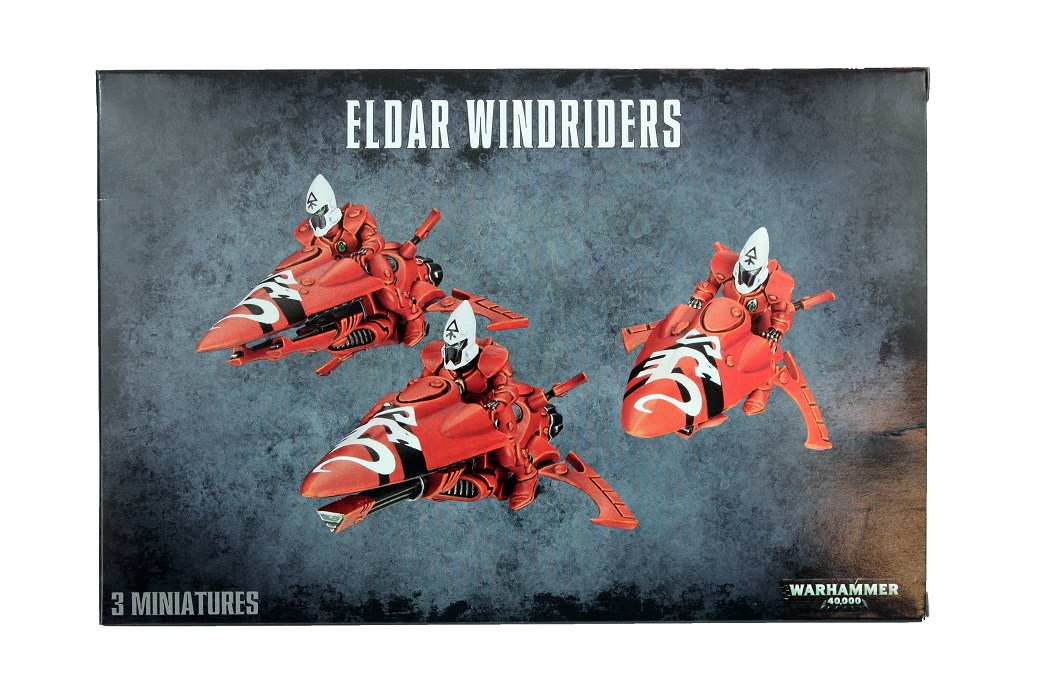 
This multi-part plastic kit contains seventy-two parts - everything you need to make three Aeldari Windriders. Incredibly sleek jetbikes with an array of sensors on the back adding interesting textural detail, they have the option of an elevated HUD - ready for an attack run. Their shuriken catapults can be upgraded to either a shuriken cannon or scatter laser; three of each are included, meaning nine weapon options in the box. Also included are three new guardian helmets, three small flying bases and an Aeldari transfer sheet.