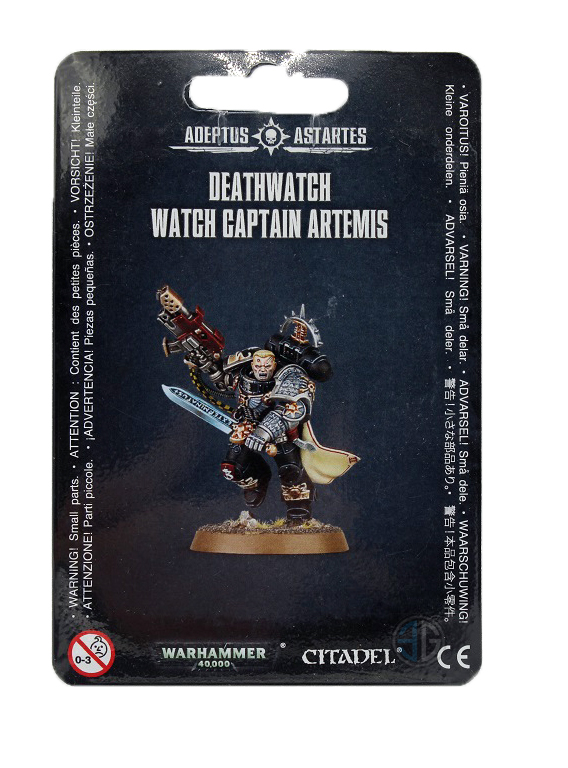 This multi-part plastic kit contains the components necessary to assemble Watch Captain Artemis. Clad in Mk VIII power armour, he is posed lunging forward, ever eager to lead from the front and attack with maximum aggression  an attitude that has landed him in trouble even with his superiors. His right hand holds Hellfire Extremis, a large combi-bolter which fires bursts of alchemical poison deadly to all life, and his left holds his exquisitely-detailed power sword before him. Attached to his back, behind the flowing cloak typical of a Deathwatch Captain, is the tank containing the acid that Hellfire Extremis spits, with an iron Deathwatch icon above that looming over Artemis head (itself featuring a furious and determined expression.)

This kit comes as 7 components, and is supplied with a Citadel 32mm Round base.