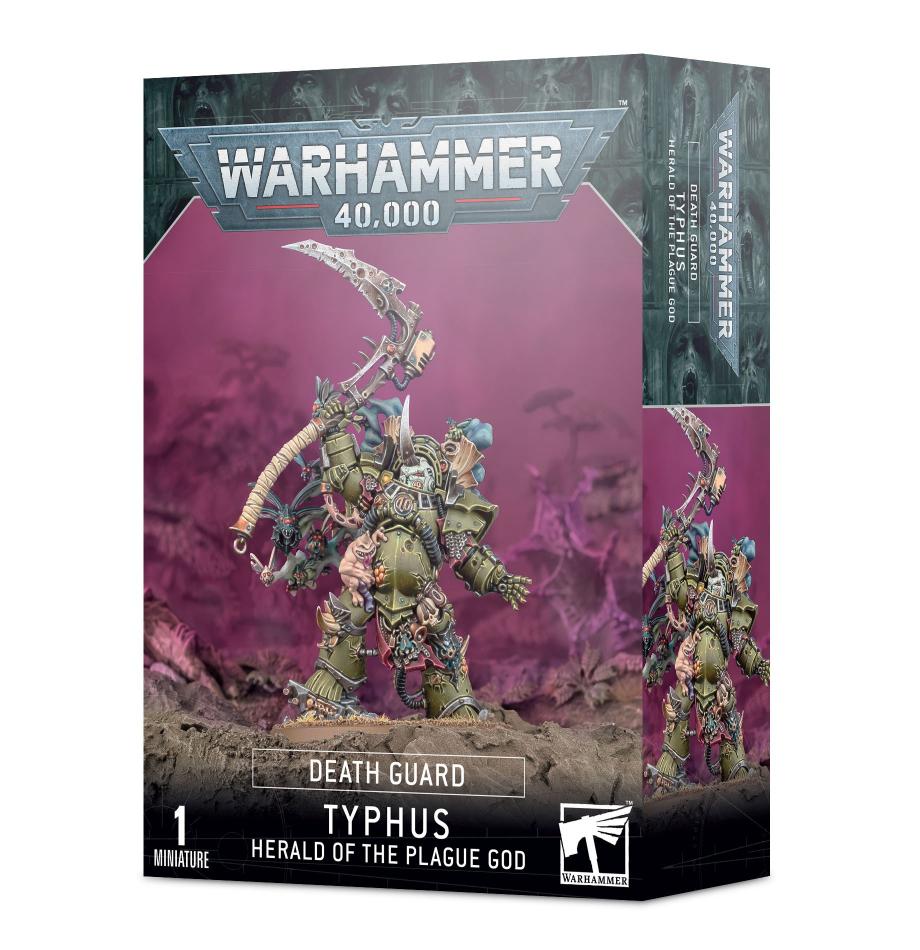 This multi-part plastic kit contains the components necessary to build Typhus, Herald of Nurgle, Host of the Destroyer Hive. This is an appropriately large model, covered head to toe in rot, pitted Cataphractii armour, skulls, Nurgle icons and spikes  theres even room for a Nurgling to hitch a ride, clinging to his waist. He holds aloft a master-crafted manreaper, taller even than Typhus himself, which features a host of unpleasant effects of corruption and wear; its clearly a blade that has seen a lot of action. The chimney found on his back is belching forth a vile hive swarm with impressive effect  some of the flies bursting forth are the size of a Nurgling. Included is a scenic element to his base, as he stands with a foot resting arrogantly on some toppled Imperial masonry. This kit comes as 15 components, and is supplied with a Citadel 50mm Round base.