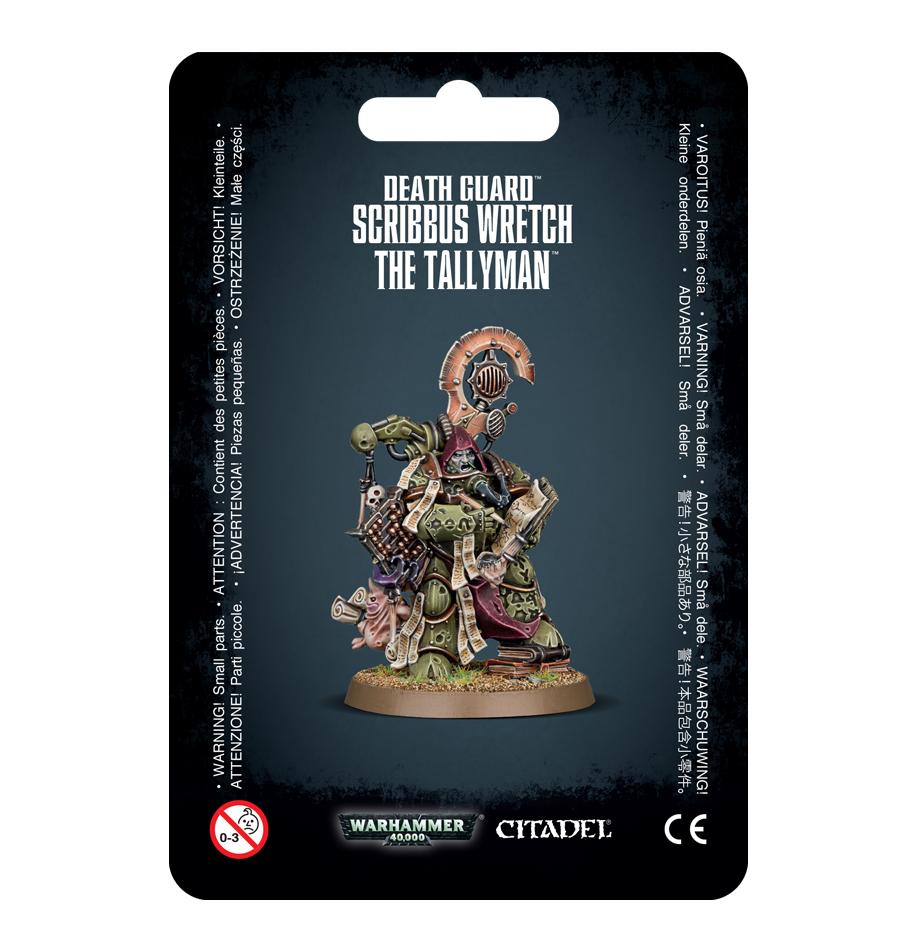 This multi-part plastic kit contains the parts necessary to assemble Scribbus Wretch, a Death Guard Tallyman. His is a particularly unpleasant model, even for Death Guard, with a morbid focus on gleefully counting and cataloguing misfortune  he carries a massive ream of paper on a clipboard in the crook of his left arm, with a bone stylus in his right adding to his tallies. A strange apparatus hangs from his back, ending in a tentacle that grasps an abacus  its beads, upon closer inspection, reveal themselves as skulls. His armour, as standard for the Death Guard, is covered in corrosion, boils and Nurgle icons, and he is accompanied by a Nurgling, busy with the task of carrying extra ink and paper. Scribbus Wretch stands atop a pile of books; likely written by him, and full of atrocities. This kit comes as 8 components, and is supplied with a Citadel 40mm Round base.