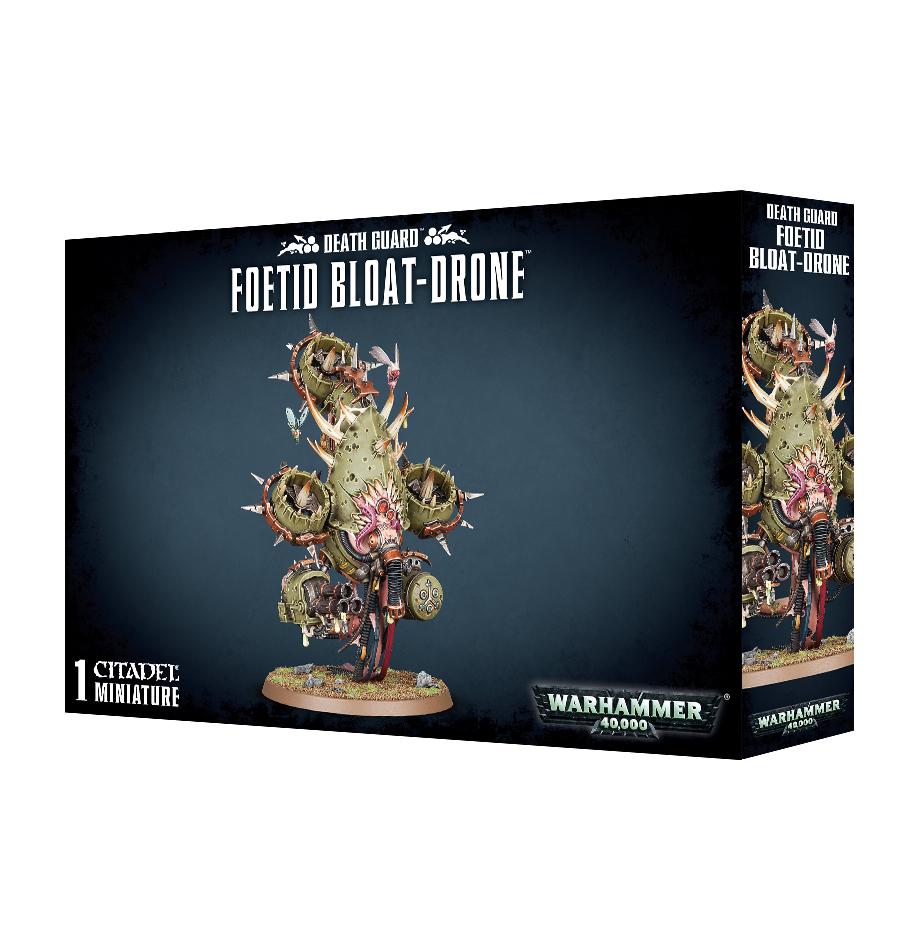 This multi-part plastic kit contains the components necessary to assemble a Foetid Bloat-drone. A huge, intimidating amalgamation of machine and rotting meat, the front of the model is dominated by a carapace which can be assembled as 1 of 3 options  one featuring a Nurgle symbol picked out in skulls, one featuring the symbol carved into the carapace, and one featuring a hideous toothed maw covered in pustules, tentacles and hoses dangling from within. It comes armed with 2 plague spitters and a plague probe; whichever carapace you pick, the plague spitters can be replaced with either a heavy blight launcher or a flesh mower (which looks as utterly ghastly as it sounds) The back of the model is a riot of horrendous detail, with obscenely stretched skin spilling over the metal structures that barely contain it The kit comes as 44 components, and is supplied with a Citadel 60mm Round base.