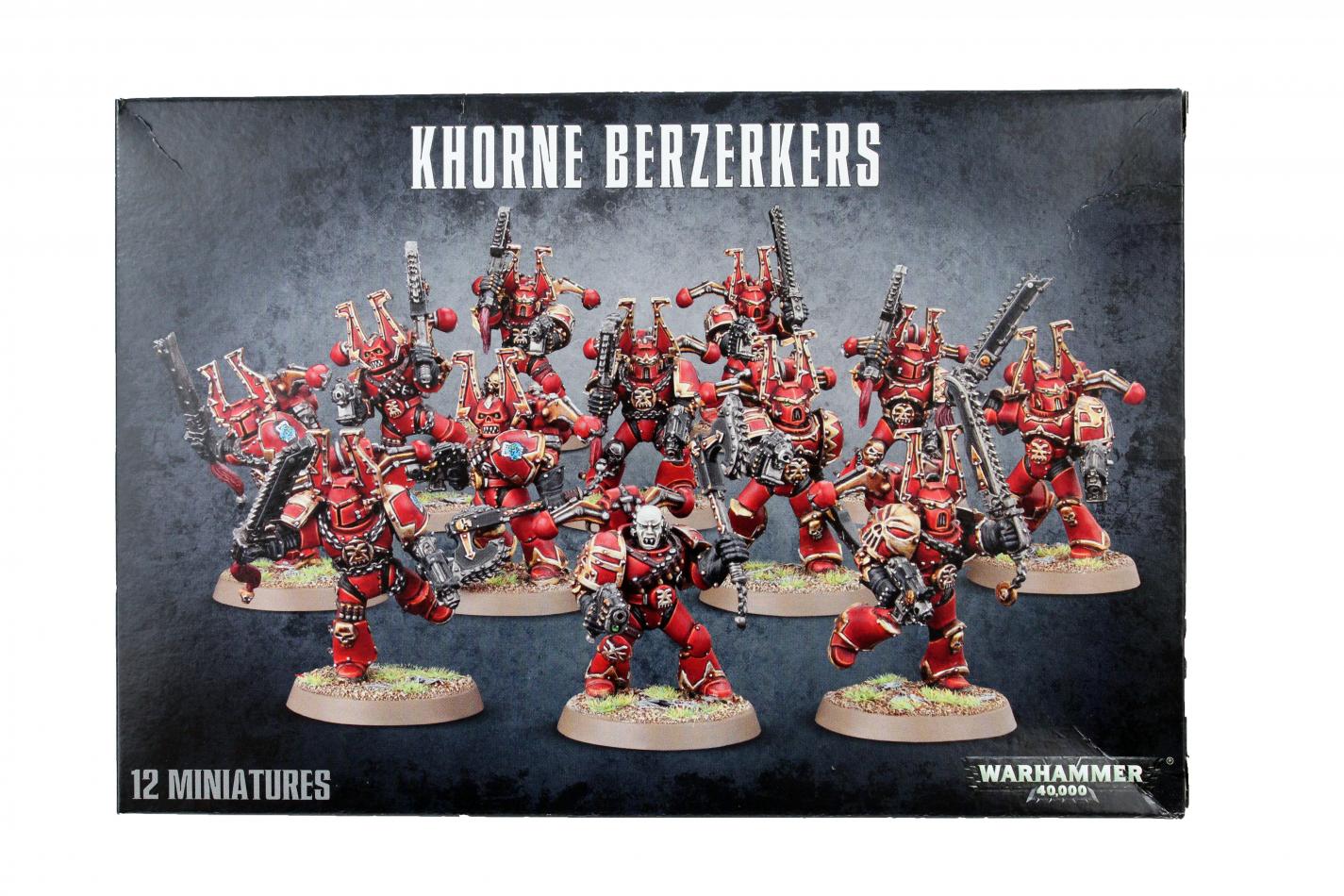 This multi-part plastic boxed set contains enough parts to make 12 multi-part plastic Khorne Berzerkers armed with bolt pistol and a mix of chainweapons (there are six chainswords and six chainaxes). The Berzerkers can be modelled either standing or running, there are 12 helmeted heads of four different designs and a bare head to represent the Berzerker Champion. Also included are three plasma pistols, six holstered bolt pistols, nine sheathed swords, three skulls on chains and additional grenades and ammo packs. These miniatures are supplied with 12 32mm round bases and 2 Chaos Space Marine Transfer Sheets.