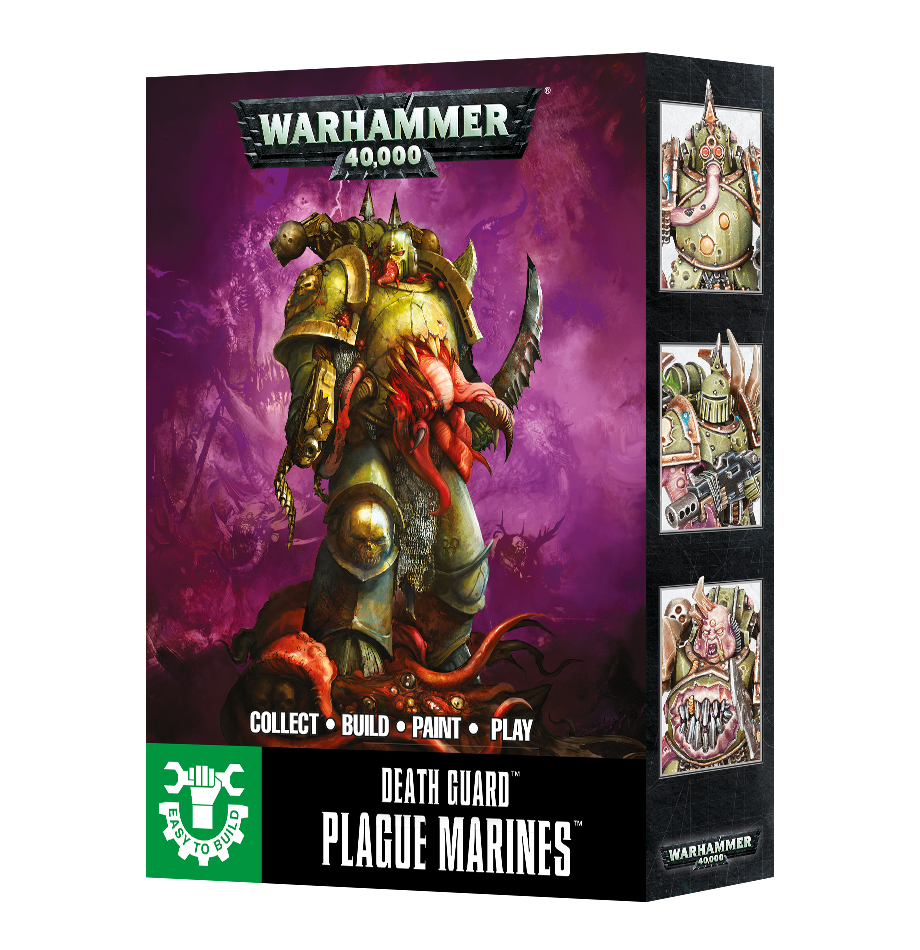 Designed to be as easy as possible to assemble for new hobbyists while being detailed enough for the hardiest veteran to appreciate, this is a set of 3 Easy To Build Death Guard Plague Marines. Push-fit, with no glue required, these are incredibly straightforward to put together, and come on pre-coloured green plastic sprues. In this kit, youll find 2 Plague Marines and 1 Plague Marine Champion. Each is clad in grotesquely distorted power armour with fleshy boils in the shape of Nurgles iconography and tentacles bursting through the seams. One Marine is armed with a boltgun and blight grenade, with a spiked helmet and skulls on the shoulder pads; one is armed with a massive blight launcher, with a tentacle arm and protuberances feeding back into his helmet, and the Champion is especially grim  he has a plasma gun, power fist and plague knife, his helmetless head twisted into an expression of gleeful malice, and his armour is particularly ornate with a huge toothed maw in the stomach. This plastic kit comes as 14 components, and is supplied with a transfer sheet and 3 32mm Round slotted bases. Rules for these miniatures are included in the box.