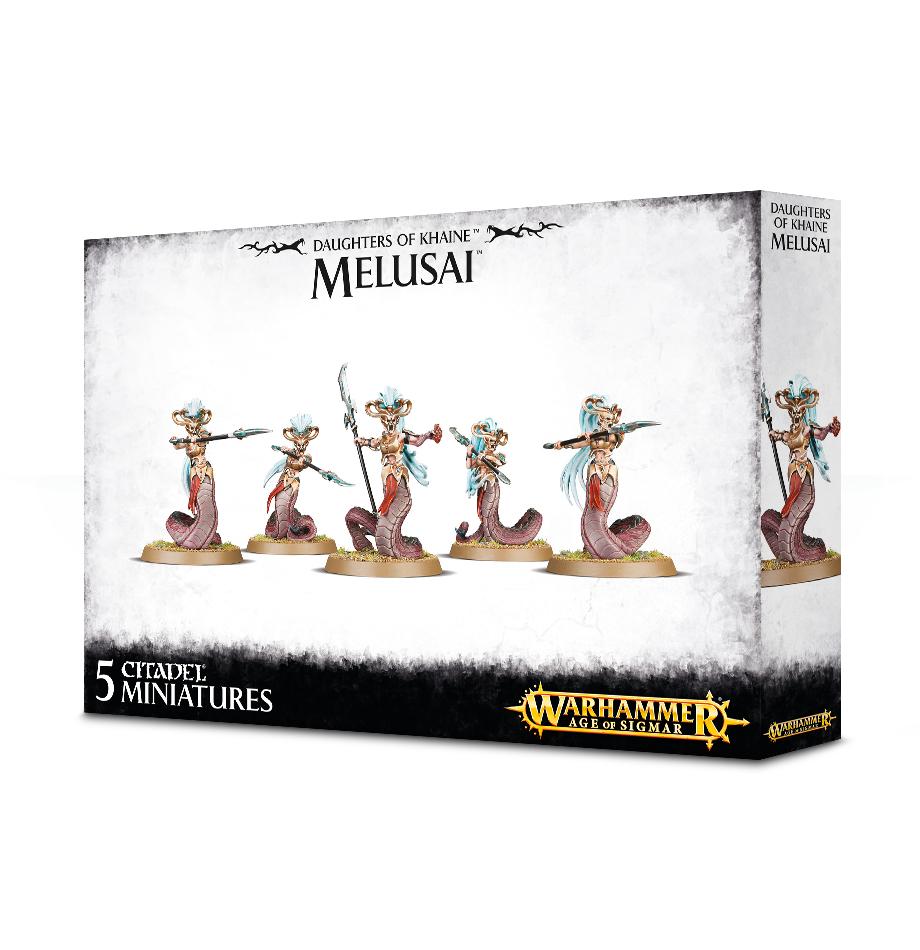 The Melusai stalk across the battlefield, either armed with fierce pole-arms or fine crafted bows all geared toward slaughtering their foes. This multi-part plastic kit contains the components necessary to assemble 5 Blood Sisters. The first thing youre likely to notice about these miniatures is their legs, or rather their lack  reshaped in the image of their creator Morathi, everything below their torso has been reshaped into that of a sinister, twisted serpent. Above the this they feature metal waist pieces with attached sashes, and armoured breastplates. The Blood Sisters feature intimidating full-face masks, each with expressions of fury and snakes framing their wild, swept-back hair. You have the option to build 1 model as a Gorgai, the unit leader: she can be distinguished by her uniquely jeweled mask, specific heartshard glaive and her grisly trophy  the heart of an unfortunate victim, clutched proudly in her left hand. The Melusai Blood Sisters come as 100 components, and are supplied with 5 Citadel 40mm Round bases. This kit can optionally be used to assemble 5 Melusai Blood Stalkers.