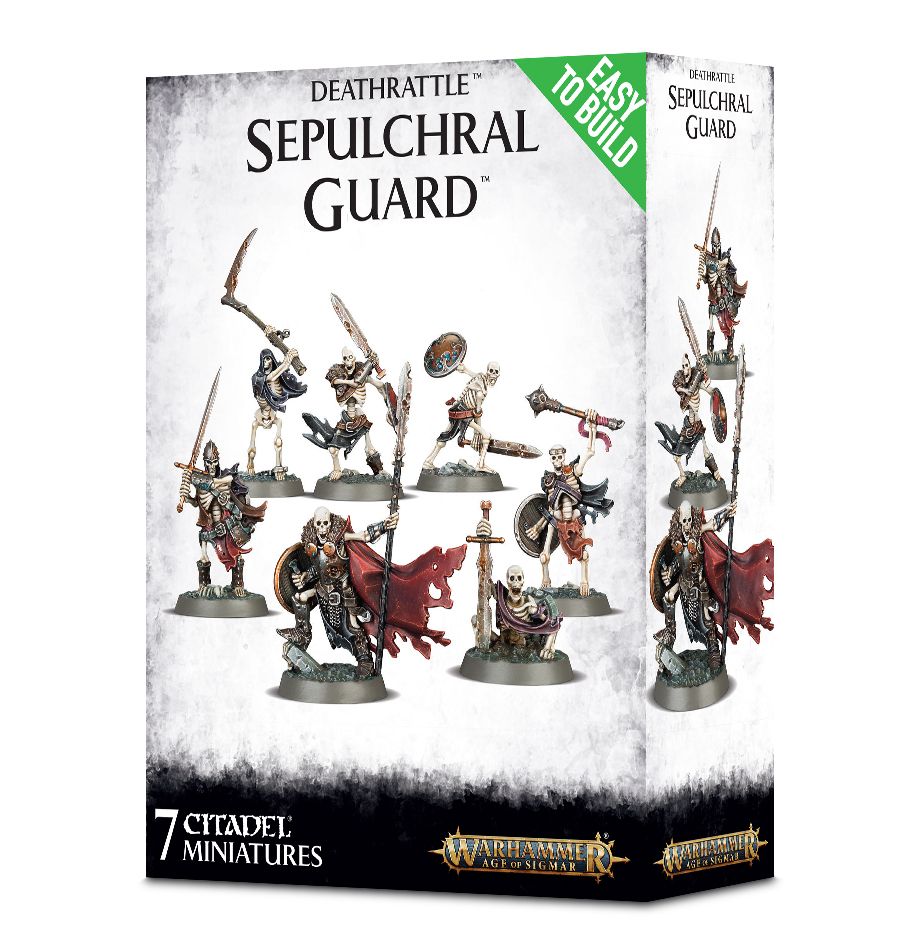 This kit comes as 22 push-fit components, and is supplied with 7 sculpted 25mm round bases. A warscroll containing rules for fielding these miniatures as a unit in games of Warhammer Age of Sigmar is included.