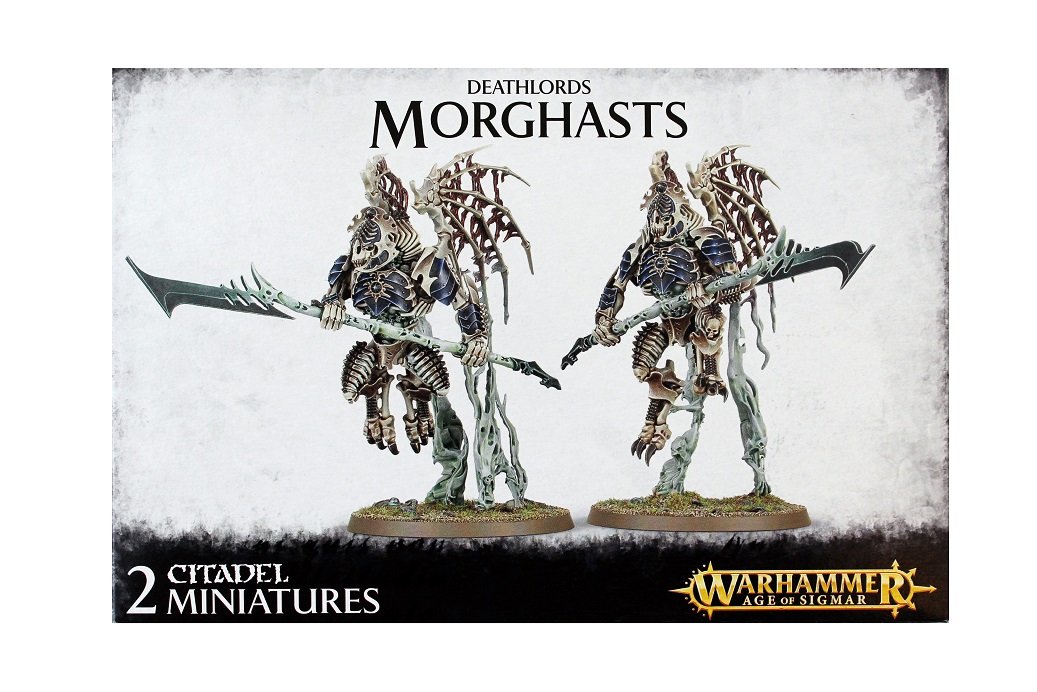 Sealed in tombs for centuries by their foes following the fall of Nagash and unable to be awoken by the paltry efforts of lesser wizards and Necromancers the Deathlords Morghasts are now resurrected with their dark master. These foul and terrifying creatures wade relentlessly into battle, and death follows in their wake with every slash of their cleavers. They were once pure beings of good sent to destroy Nagash. Nagash smote them and animated the corpses, corrupting them into beings of death and destruction.