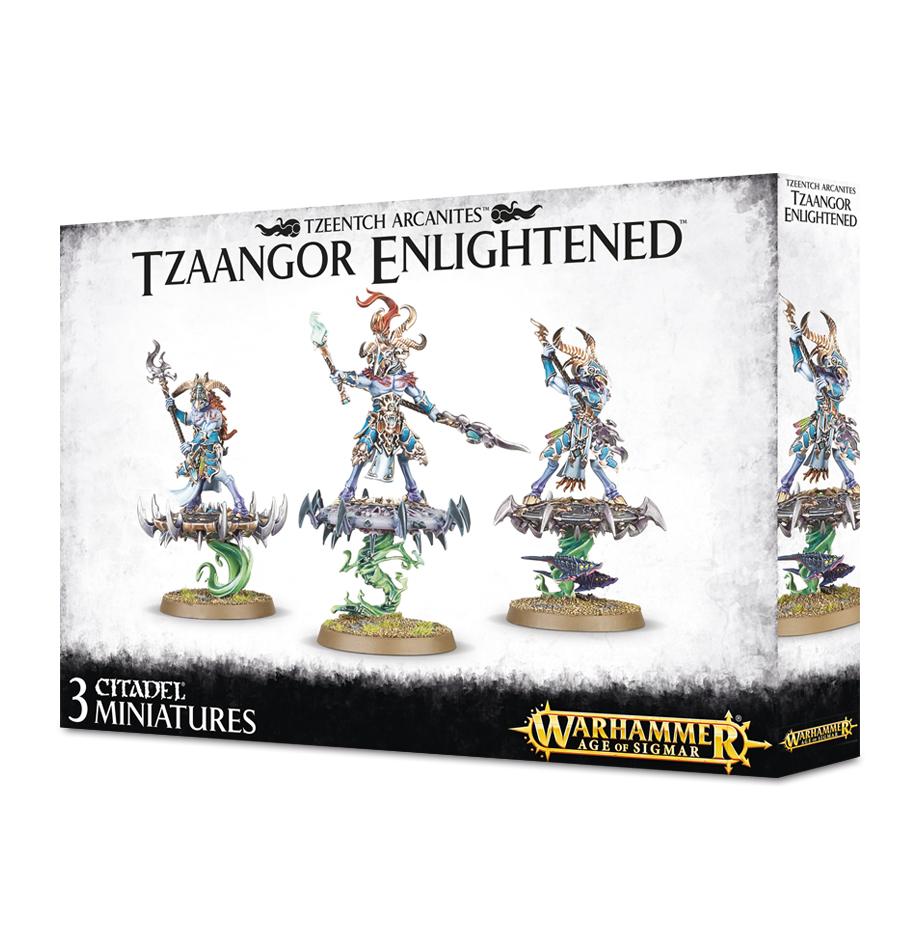 His Disciples are especially dangerous, as they often wield awesome sorcerous power on top of their considerable physical prowess. His ranks are filled with intellectuals from all walks of life, Doctors, Professors, philosophers and scientists all flock to praise him, for Tzeentch loves knowledge in all its forms. Tzeentch finds those who investigate forbidden or taboo subjects particularly interesting, as individuals willing to defy convention and perhaps even ethics and the law to pursue their intellectual ambitions often make the most willing and effective servants. The greatest of his followers are rewarded with deadly abilities, both physical and magical. This multi-part plastic kit contains the parts necessary to assemble 3 Tzaangor Enlightened, armed with Tzeentchian spears. Each model can be assembled on foot, or riding one of the 3 included Discs of Tzeentch  these are covered in sinister spikes and horns used to smash and hack apart unfortunate enemies, with a sculpted magical element attaching them to the base. One can be assembled as an Aviarch, featuring his own chest plate, bearing his own headpiece (from a choice of 2) and carrying a more ornate weapon befitting his elevated status. 6 different heads are included enablng you to customise your models. This kit is supplied with 3 Citadel 40mm Round bases, and can optionally be used to assemble 3 Tzaangor Skyfires.