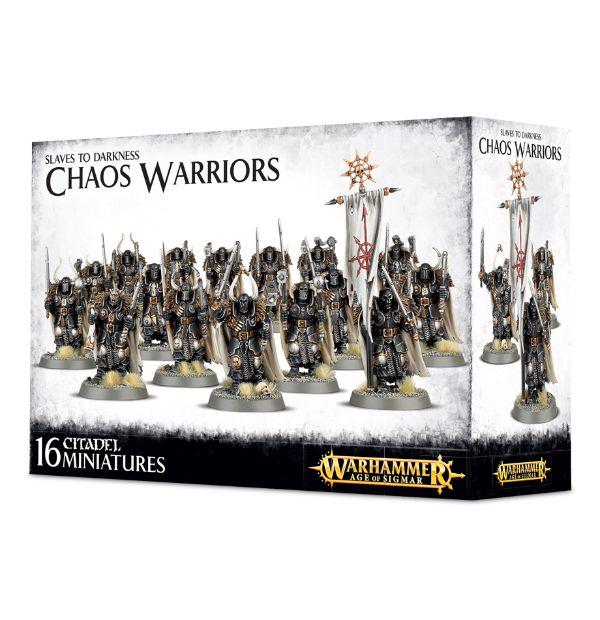 A numberless horde trampling the realms beneath iron-shod feet, the horn-helmed killers known as the Chaos Warriors are legion. Only Azyr has escaped their wrath - every other mortal realm rings to the sound of their savagery. These men have cast aside everything in favour of eternal war and the promise of power - some may yet bask in the glory they seek, but for most there is only a future of blood, violence and brutal fate.

This kit contains sixteen plastic Chaos Warriors, armed with either Chaos hand weapons and Chaos Runeshields or a Chaos hand weapon in either hand. Supplied with sixteen Citadel 32mm Round bases.