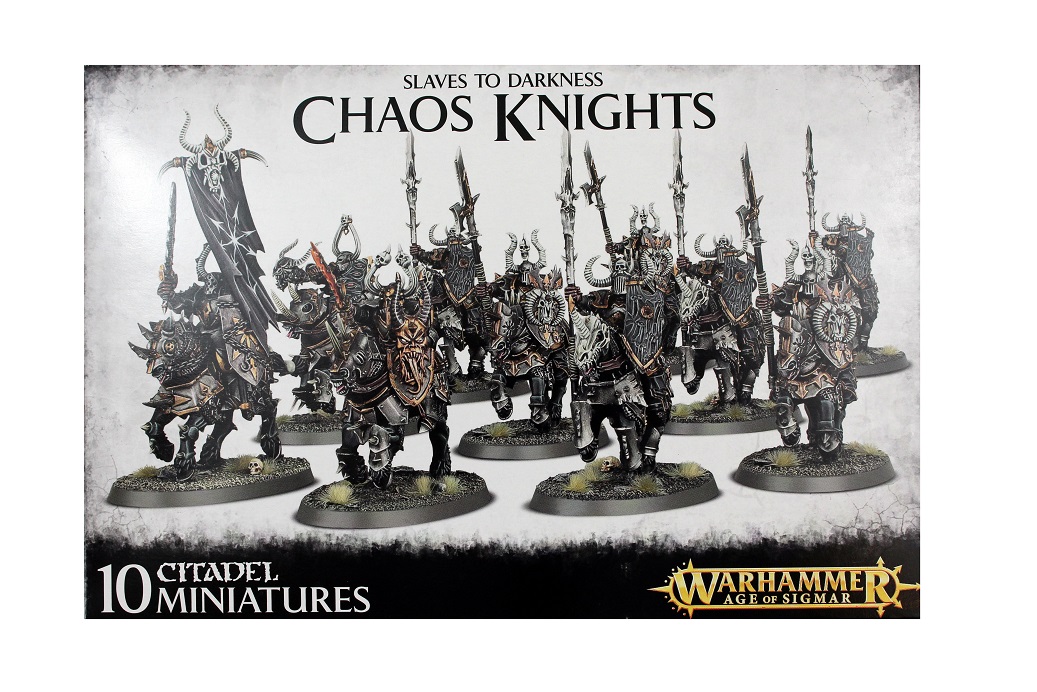 Those whose path to glory sees them gifted with iron-shod destriers band together into groups of Chaos Knights. These warrior elite have a fell reputation, and rightly so, for they ride as a wall of blades and spiked armour to crash through the enemy ranks in an explosion of torn flesh. Even the bravest men quake before the charge of the Chaos Knights.

This multi-part plastic kit contains all the bits necessary to assemble ten Chaos Knights, who can be armed with chaos glaives and ensorcelled weapons. Options include a Doom Knight, icon bearer and hornblower. Supplied with ten Citadel 75x42mm Oval bases.