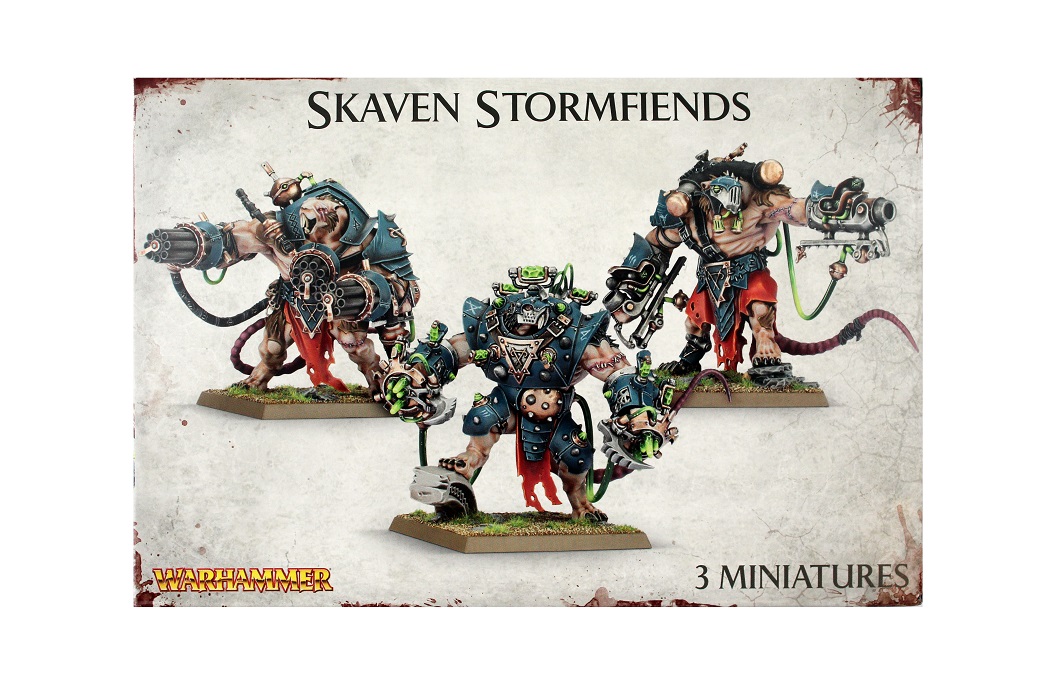 he latest abomination of clan moulder from the fiendish minds of the Slave Wapers. Stormfiends are mutated Rat Ogres, built for brute strength and colossal pre-portions, but with the increased and vicious intelligence. Armoured and given some of the nastiest and most deadly weapons in the Skavens arsenal, these monsters pack a real punch. To make matters worse these brutes would revert to utter insane beasts attacking anything in their path, would it not be for the Master Moulder. This weird and disgusting creature, nestled in the armour of Stormfiend, controls the instincts of these foul Ogres to the bidding of their master. Its mutated, shrivelled body has been left to atrophy as only its enhanced brain is need to the task at hand.