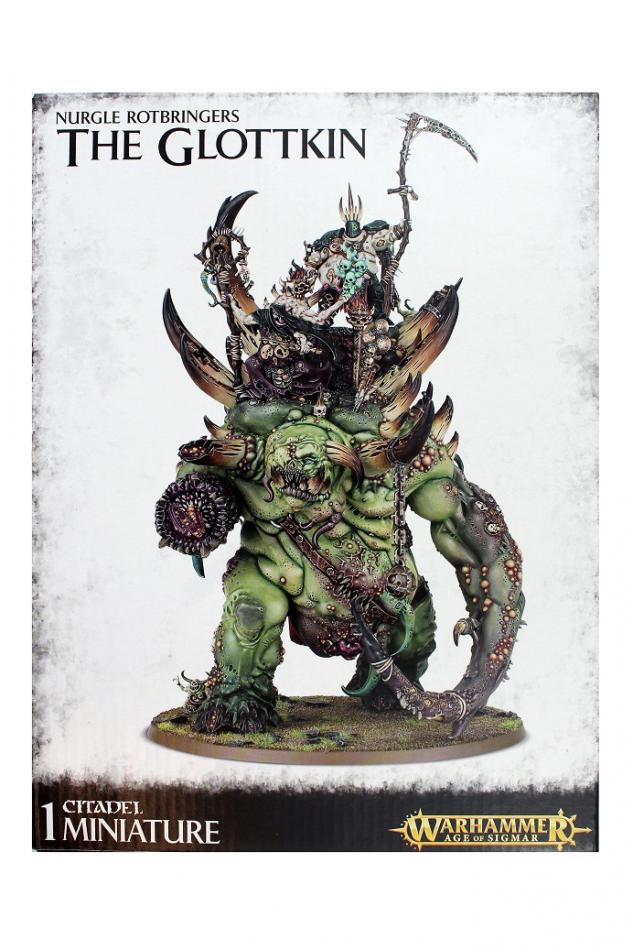 The Glottkin are the mortal champions of the pestilence god Nurgle. Once triplet sons to peaceful farmers Ethra & Ollos Glott, they thought of nothing than happily living out their lives, while tending to the fields of the family farm in Norsca. But during a raid from the Empire, their parents were cut down before their eyes and the three brothers screamed vengeance. Upon hearing their raging cry, father Nurgle heard their prayers and with a sinister smile, offered to give them the power to take revenge on their parents killers. Embracing the patronage of the daemon, the three brothers Otto, Ethrac & Ghurk have been blessed with gifts and commit foul deeds in Nurgle's name. This multi-part plastic kit contains everything you need to assemble the Glottkin, wielding Flailing Tentacles, Poison-Slick Scythe and able to launch horrifying, corrosive Pestilent Torrents. It includes a Citadel 130mm Round base.