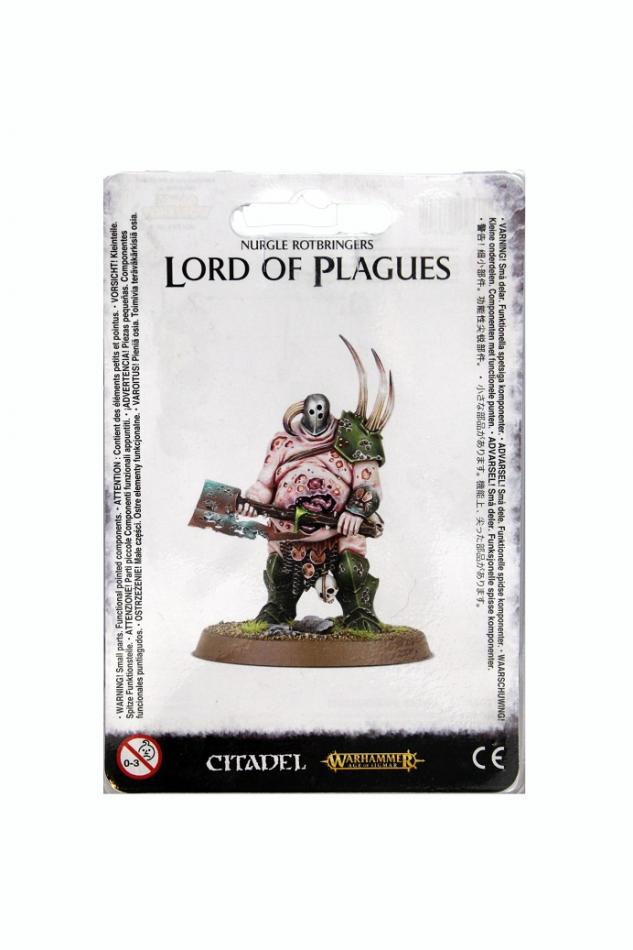 There are few things more distressing upon the field of battle than the Lord of Plagues. Their reputations are legendary, and the sheer sight of them is enough to send a jolt of fear deep into the heart of even the most battle-hardened warrior. It is said that their plague-ridden weaponry's thirst for blood is only equalled by their wielder's insatiable lust for battle. Their true power is perhaps not always obvious, their appearance is deceptive with decaying bodies covered in oozing boils, sores, and pox-ridden abscesses, which almost entirely cover their shedding skin... but, within each lies the power and ferocity of the Chaos gods. This multi-part plastic kit gives you everything needed to assemble one Lord of Plagues, wielding a Plague-ridden Great Blade.