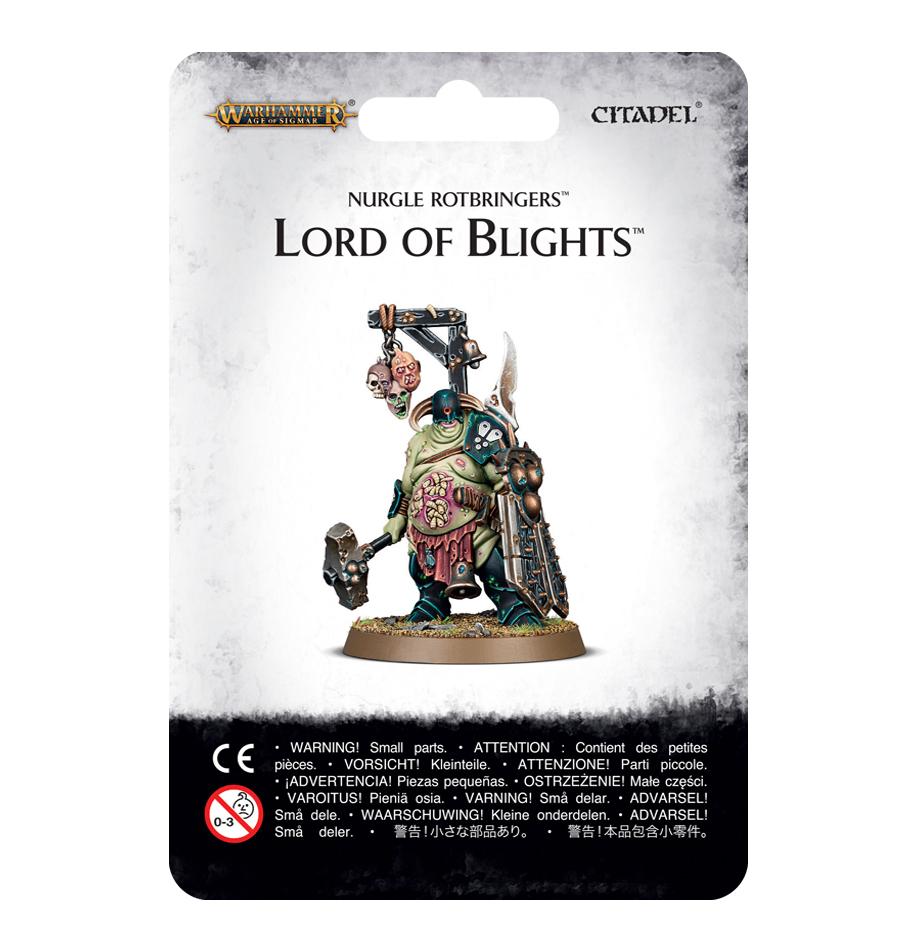 The Lord of Blights destroys all who stand before him with the devastating swing of his gigantic pestilent hammer. From the crushed and rotting bodies of his unfortunate victims the Lord of Blights claims the plague ridden heads. These heads are thrown at the enemy to explode in a shower of deadly filth and decay. This multi-part plastic kit contains the components necessary to assemble a Lord of Blights. Bloated and bursting, like most of the Rotbringers, his silhouette is noticeably dominated by the makeshift gallowrack nailed to his back, from which 3 ripening heads dangle. He wields an enormous, dented bubotic hammer along with a vermid shield  these are both covered in the appropriate Nurgle icons, with the shield being especially spiked and disease-ridden. His belt, overwhich his unpleasantly distended and torn belly flops, features a plague knife. The aforementioned belly is disgorging maggots at an alarming rate  its difficult to tell how the Lord of Blights feels about this, as his face is covered almost entirely by his helmet, through which one eye socket peers curiously. The Lord of Blights comes as 7 components, and is supplied with a Citadel 40mm Round base.