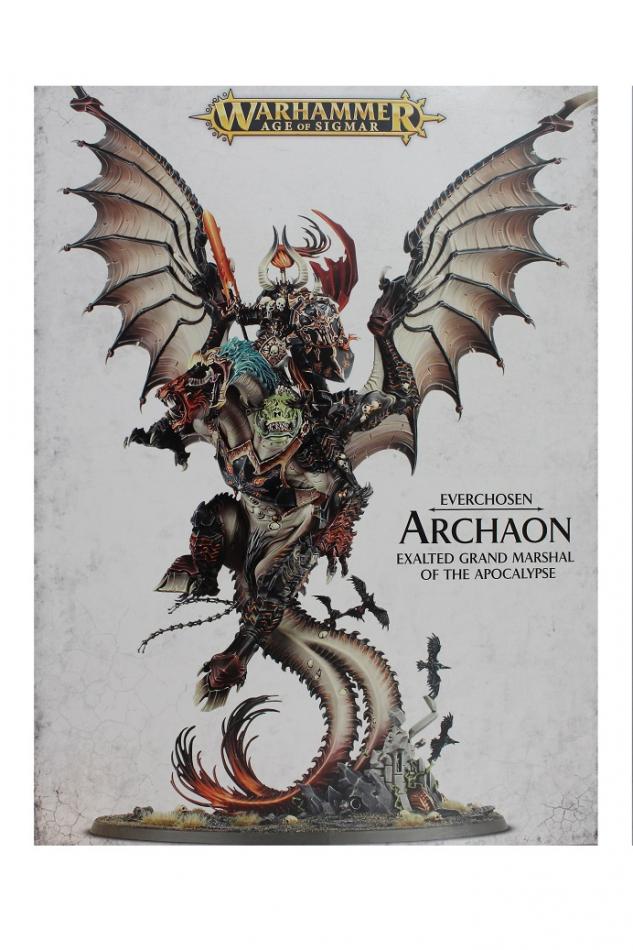 There are rumours that he was once a devoted Acolyte of Sigmar and warrior priest battling the minions of Chaos, driven to an insane rage to turn against his master. After defeating gruelling trials he adopted the name Archaon and bent his knee to the Chaos Gods, who favoured him and provided an unnaturally extended lifespan and power. He became their greatest warrior and General to their vast armies, commanding the massive invasion that lead to the destruction of the World that was. Archaon is the Three-Eyed King, the Everchosen and Exalted Grand Marshal of the Apocalypse that has united the armies of Chaos under his banner with the new conquest to dominate the realms.