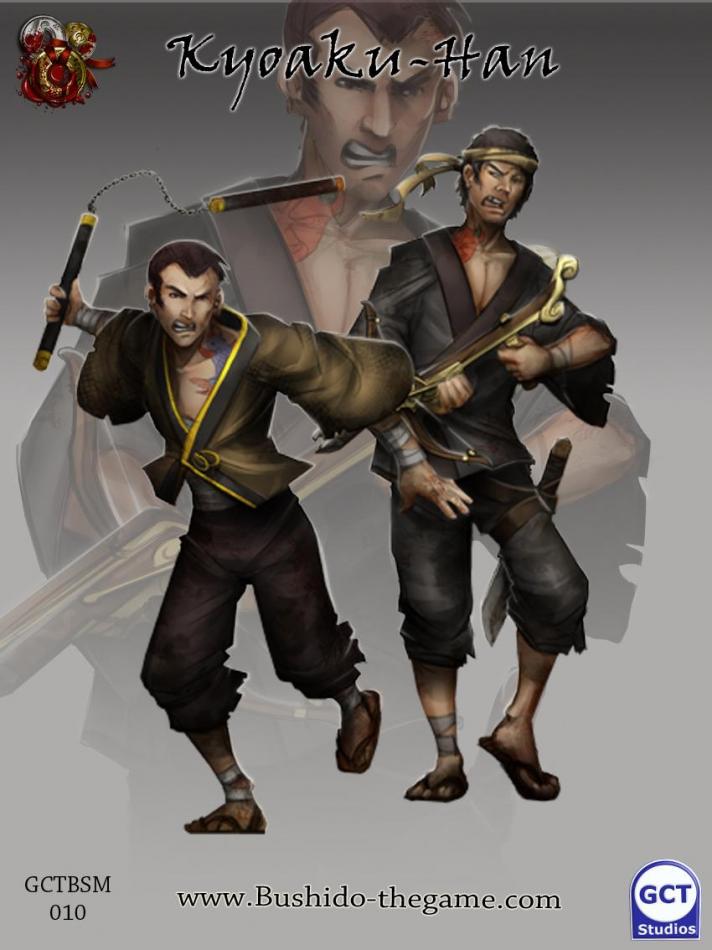 The lowest ranks of the Silvermoon are made up of the Kyoaku-Han. Violent, ambitious and driven young men and women who seek the power and wealth the Silvermoon can offer them. It is unclear the exact rites and rituals required when one joins one of the Silvermoon gumis due to the great secrecy surrounding them and the fact that once initiated there is only one way the leave. Death. There is certainly no lack of those willing to swear total loyalty and obedience to the organisation, bringing with them a cunning and tenacious hunger to the battle, using the tricks and tactics learned on the streets rather than in a traditional dojo or samurai school, to gain victory for themselves and the Silvermoon.