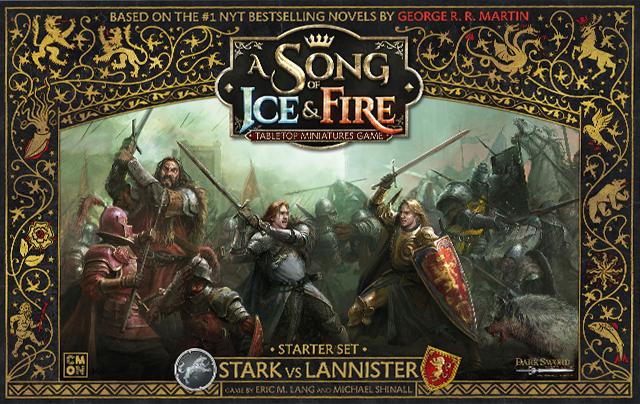 A Song of Ice & Fire: Tabletop Miniatures Game lets players take control of their favourite Houses from the novels  represented by trays of high-quality, pre-assembled miniatures  and lead them into battle against their opponents. Players can recreate their favourite moments from the series or create their own stories. What if the Red Wedding never happened, and Robb Stark assaulted Kings Landing? Now fans can find out!