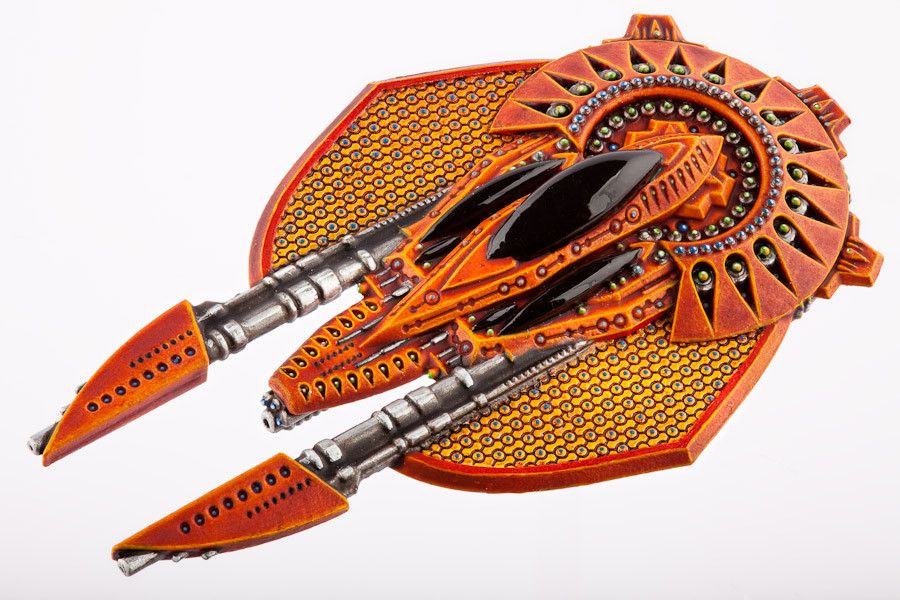 The Warspear is a formidably equiped, multi-role heavy fighter. Its primary armament is a pair of heavy ion cannons, giving it awesome air-to-air destructive power. Very few aircraft can withstand a volley from these devastating weapons. It is an superb and agile dogfighter, most often employed as a interceptor.

The Warspear also sports an underslung gauss cannon, giving it equally excellent ground attack lethality. Once it has achieved air superiority, the Warspear's role can quickly transform into that of a strike fighter, since this weapon can dispatch the heaviest armoured units. Its only real darawback is that its finite power reserves can only be used to fire one of these powerful weapons at a time.

The Warspear is seldom deployed en-mass, and often hunts alone. This is only a small mercy however, since a single Warspear can engage multiple adversaries and still emerge victorious.