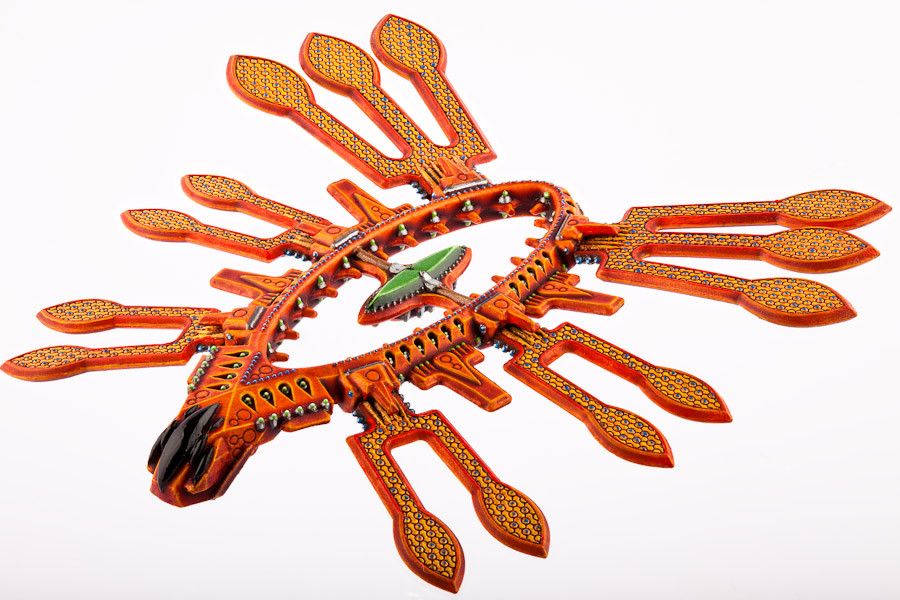 The elegant Eden is the mainstay of Shaltari orbit-ground troop insertion. Unlike the primitive dropships of other races, the Eden utilises teleportation technology to transfer units onboard an orbiting mothership to the battlefield instantaneously.

The Eden is lighter and faster than the gargantuan Gaia Heavy Gate, while still packing enough power to teleport the Shaltari's most dangerous units. A trio of Eden's is often preferred over a single Gaia, since multiple Gates allow units to be transferred from one location to another in an instant, opening up many tactical opportunities.

As with the Gaia, the Eden advances in almost complete and eerie silence. Any noise it makes is simply atmosphere being displaced by its extensive energy shielding. Steering and lift seems to be achieved via its network of 'lift vanes', a term coined by UCM scientists to try to define a technology of which they understand woefully little.

Like all Shaltari Gates, the Eden is entirely unarmed, since it requires all of its highly efficient power generators to make such awesome feats possible.

One model per blister