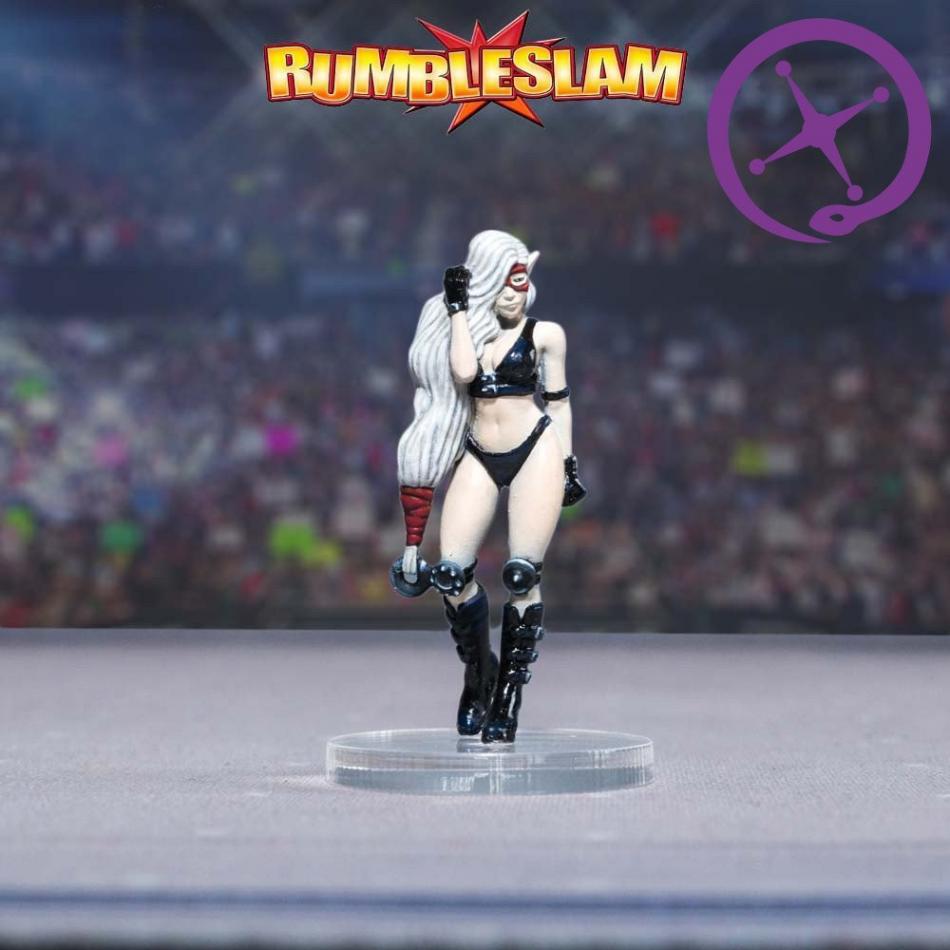 In nature it is sometimes the most beautiful of flowers that contain the most poison. The same can be said for this dark elf. A wrestler of nearly unparalleled beauty, Phage has enjoyed the adulation of her peers for years. Her seemingly shy and modest appearance however is merely a facade she wears to lull her opponents into a false sense of security. Behind her sweet and charming mask is a soul as black as pitch. This sadistic superstar takes great pleasure in inflicting serious and debilitating injuries on her foes. Several promising careers have ended early due to Phage crippling or maiming the superstar but nothing has been done to stop her. She pretends they are all accidents and even apologies openly to her victims, but it is all an act. When is a Dark Elf better than a Dark Elf? When she's Phage. Increasing on a Dark Elf's already decent stat line, Phage really does have it all. With great attacks on top, she's a formidable opponent. That said, she costs a lot of Dosh! If you fancy adding her to a Gomorrah team, she pairs perfectly with the Deadly Shadows, who make her even more mobile! Miniature supplied unpainted and unassembled with a unique character profile card and base.