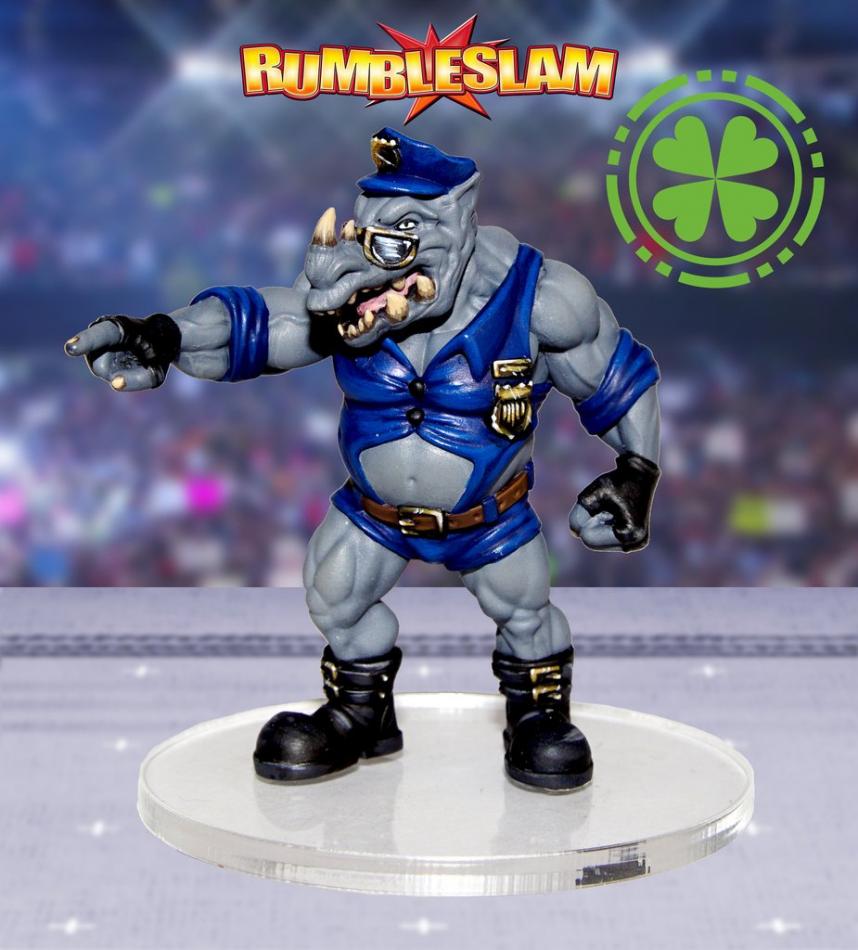 Officer Reno (as he demands to be called) started off life as a humble and righteous man. From a young age he looked up to the uniformed heroes who kept the streets safe. When he was old enough, he joined the academy. Years later, he emerged as a proud officer of the law! Eager to prove himself, he took to the streets and assisted in the arrests of countless criminals and evildoers. After watching a RUMBLESLAM match he realised that he had a different calling  cleaning up the ring! Officer Reno has a great attack stat and a great grapple stat. He's best used bouncing off the ropes though. His Skewer ability has the Lifted special rule, ready to throw his opponents out the next round. Combined with his Thick Skin rule, your opponent will struggle to do any damage to him, meaning that wrestler he lifted is going out! Miniature supplied unpainted and unassembled with a unique character profile card and base.