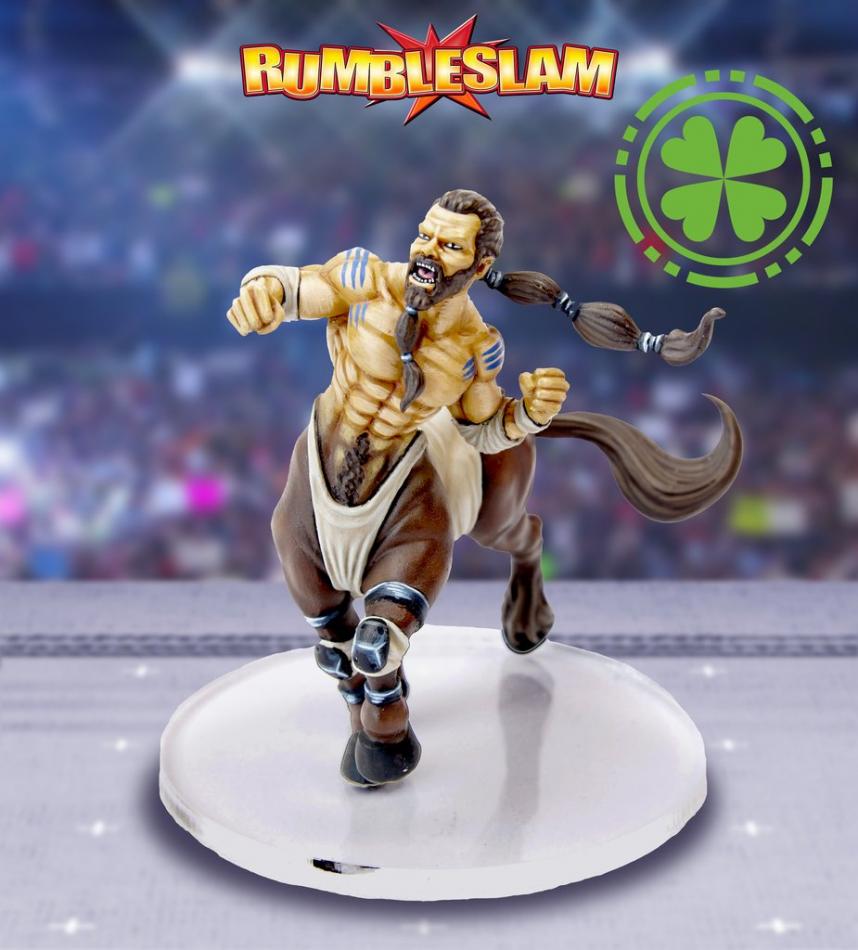 Honour is everything to a centaur, and Kalataur is no exception. Its rare for a centaur to take part in Rumbleslam due to their inability to use the turnbuckles. This hasnt stopped Kalataur however as he stampedes around the ring and doles out considerable damage and pain. Each blue stripe on a centaurs body is said to represent a notable victory whilst a red stripe denotes a loss. This mighty wrestler has never lost, and doesnt plan on ever adding a red blemish to his muscular body.

If you thought you\'d never live to see the day where a half-horse half-human hybrid is cantering around a wrestling arena smashing orcs and dwarfs out of the ring, I have good news!

Kalataur is an absolute beast of a wrestler. With great stats, high Stamina, and loads of movement, he really puts other wrestlers to shame. And with zero drawbacks!

Okay, I\'ll level with you. He does have a drawback. He can\'t climb the turnbuckle. He has hooves, see? But what he can\'t do on the turnbuckle, he more than makes up for on the ropes. His Passive Ability allows him to re-roll ALL blank results on Attack dice when using a Rope Attack or Rope Ability. And his Crowd Pleaser gives him a chance to damage and Knockdown any opponent he moves past when bouncing off the ropes. You do you, Kalataur! Don\'t let the turnbuckle haters bring you down!

Kalataur (fairly obviously) lives at The Forest Soul, so works really well with The Timber Fists, who more than make up for his lack of Turnbuckle Abilities.