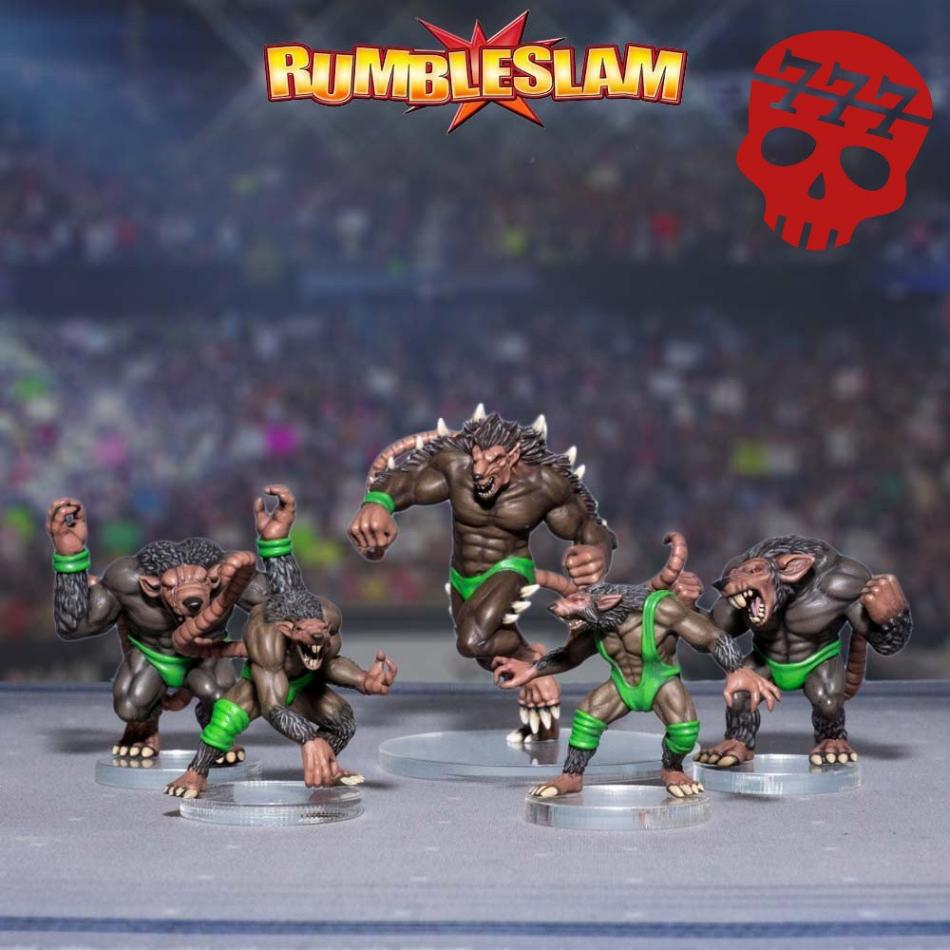 Some of the dirtiest players in RUMBLESLAM history have been members of The Furry Fury. These ratmen don't fight fair, and don't fight slow! One of the fastest teams in the game, they're going to be running around most opponents. These sneaky Feral Den wrestlers add a lot of speeed to a team. Vermin Brawlers and Vermin Grapplers are quick. Very quick. However, they are quite weak. Their Twitchy ability lets them dodge Brawl attacks, so keep them away from the ropes and turnbuckles, and your opponent will struggle to deal with them. Ratman Brawlers and Ratman Grapplers are rather speedy, but also quite tough. Their best ability however is Dirty Fighter. Knock down an opponent and they'll kick them when they're down, doing plenty of extra damage! Rat Abominations are the ultimate hybrid of small wrestler and big wrestler. They may not be the toughest, but they hit hard and are quick to boot. With plenty of skills that Knock down opponents, they work perfectly with the smaller Ratmen. This box contains one of each: Vermin Brawler, Vermin Grappler, Ratman Brawler, Ratman Grappler, and Rat Abomination. All miniatures are supplied unpainted and unassembled with a unique character profile card and base.