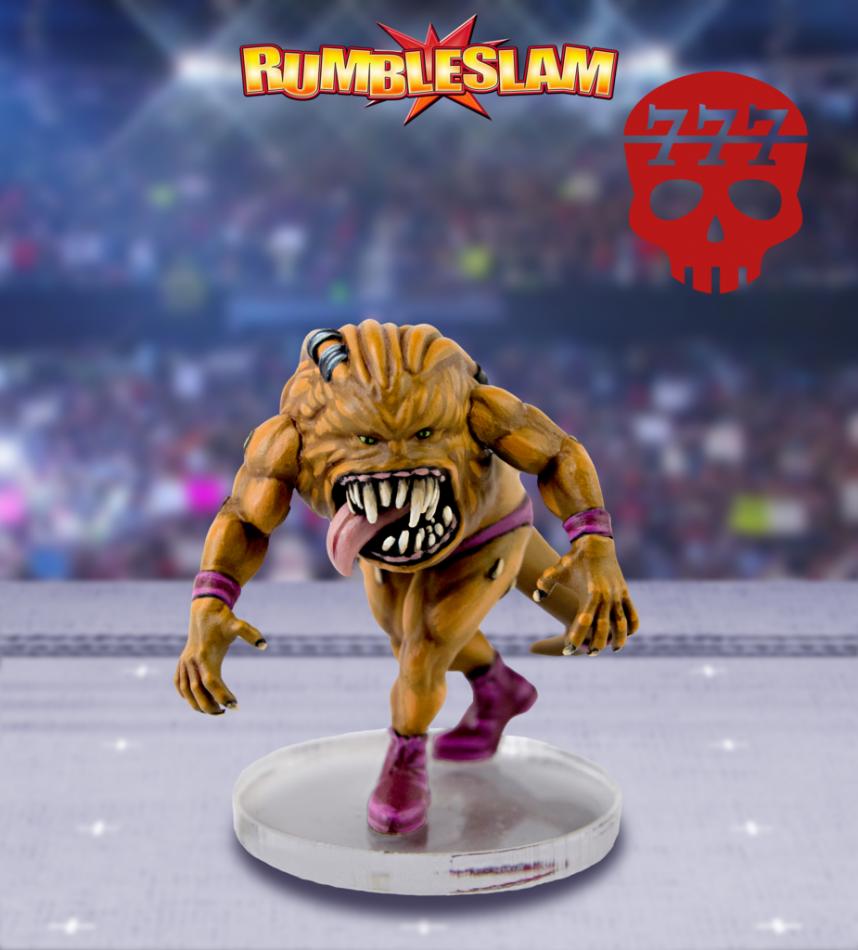 Malfric Dross was not like most people. You see, Malfric Dross was a wizard of terrible power, or so he would tell you at least. When loan sharks from The Feral Den demanded payment for his debts within the next month, the conjurer decided to retreat to his lab.


Cackling delightedly at his own genius, Dross forgot the first rule of summoning: dont take your eyes off the creature. It was only a matter of seconds before the poor wizard was gobbled up by the terrible thing he had created. Soon, the loan sharks arrived and found only the creature sleeping soundly. Smiling maliciously, they noticed a discarded shoe and boxed the experiment up claiming his debt was paid.


Forget what you know about how a RUMBLESLAM Superstar should act, because Experiment 2186 has entered the ring!


Those stats are a bit weird. 3 Copper on each doesnt really look that great. Hes fast and has lots of AP, but what else? What else indeed! There are three abilities you should know about:


Taste The Pain is his Grapple Ability which, if successful, removes any Crowd Pleaser bonuses from the target! Ouch!

Experiments Crowd Pleaser allows him to remove one counter from any wrestler and place it on any other wrestler. Thats not only very useful, but hilarious! Is your wrestler Knocked Down? Not anymore! Now your opponents is!
Finally, Twister of Fate is Experiment 2186s Passive Ability. This ability allows him to re-roll any blank dice rolls (of course, no re-rolling a re-roll!). Remember all those Copper dice? Now that makes sense.

Experiment is such a weird wrestler, its hard to see exactly where he fits in with any teams. His brilliantly chaotic nature fits perfectly with fellow Feral Den stars The Raging Beasts, but his Crowd Pleaser also is a really solid defensive ability, meaning he provides great support for teams like The Cryptborn Nightmares or The Green Bruisers.