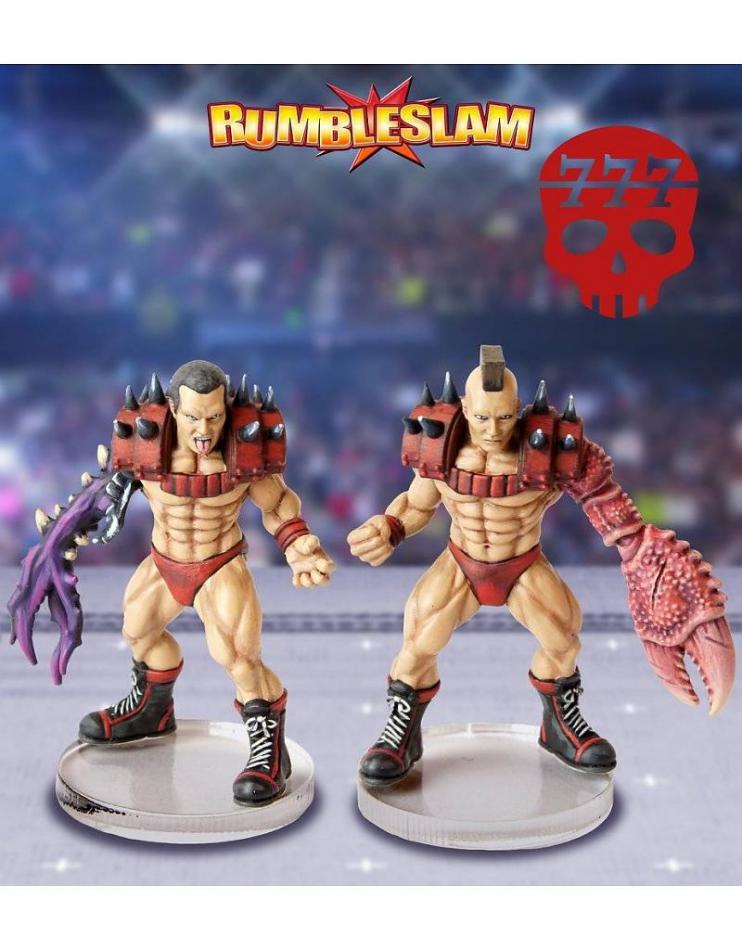 The Brothers Berserk arrived in Rumbleslam one day with no warning. The fighters wore thick leather coats as they stalked their way towards the ring jeering and insulting the crowd as they went. Entering the ring their opponents sized up the two brothers with a small chuckle. That chuckle would cost them dearly as the Brothers Berserk cast off their coats to reveal their twisted and warped arms. Claw snapped at the air with his wicked limb and smirked at Squirm whose own arm was writhing about with a will of its own. The chaotic siblings began to torture their opponents with a sadistic desire to inflict as much pain as possible before tossing their broken bodies over the ropes.