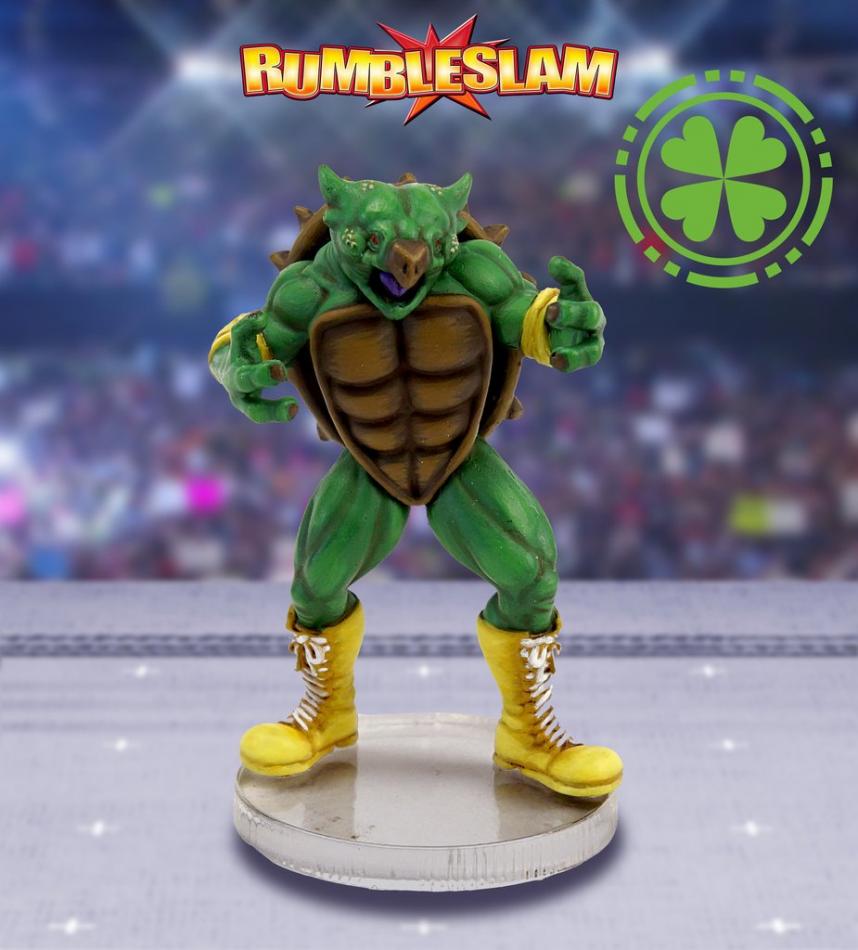 People everywhere know about the great martial artist and superstar Toothpick. A fighter so deadly and calm even the bravest of wrestlers think twice before attacking him. Few people on the other hand

know about his old pupil Botticelli. Botticelli - along with his brothers - was a prodigy, a brilliant fighter who studied hard and mastered
techniques others could only dream of. But Toothpick sensed something inside him, something dark. When the young turtle was confronted with this information, he rebelled and spat harsh words at his master. So it was that he was exiled, kicked out of the dojo. The harshness of the punishment never left him and his mind turned to cruelty.

After watching his master in the ring, Botticelli vowed to have his revenge and signed up to RUMBLESLAM. He utilises his nigh unbreakable defence to deliver terrible blows to his opponent, and as his matches go on, he only gets rougher. The once fluid and graceful techniques he learned have been twisted into a tool solely used for inflicting pain